Samsung Galaxy S4 vs LG G2 – Which Is Faster 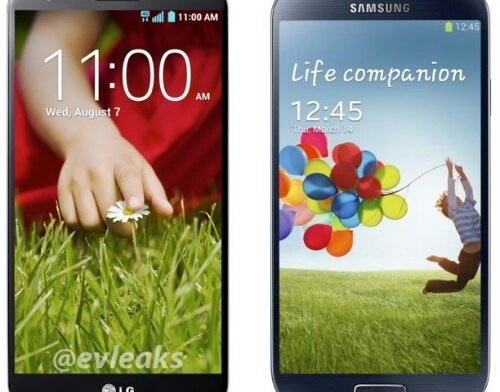 LG has made a long way to get where it is today. Previous flagships, LG Optimus 2X and LG Optimus 4X didn’t really help the company to have a big success, so they dropped the Optimus line and created a new one. Now, let’s compare these two devices. 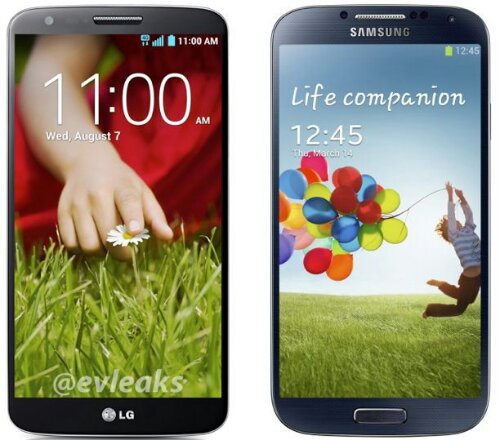 Hardware Specifications
Both of these devices are giantic. The G2 is 1.9 mm taller and 1.1 mm taller than the S4, however the SGS4 is 7.9 mm thick which means itis 1 mm thinner.

When it comes to battery life, LG G2 wins hands down. It has a giant 3000mAh battey whereas the S4 has a smaller 2600mAh battery.

Display Type & Resulotion
When it comes to the display types, these devices are very different. The G2 has a bigger 5.2″ True HD-IPS + LCD capacitive with a resulotion of 1080 x 1920 pixels and a PPI of 424.

The SGS4 on the other hand uses a different type of the screen technology called AMOLED. The S4 has a 4.99″ Super AMOLED screen with the same resolution as the G2 but with a higher PPI which is 441.

On the other hand, the G2 has a newer Qualcomm MSM8974 Snapdragon 800 processor clocked at 2.26 GHz coupled with the Adreno 330 GPU. Amazing!

Software Features & Android Version
Both the SGS4 and the G2 have Android 4.2.2 Jelly Bean installed out of the box.

The real changes are the launchers and the software features.

The S4 has TouchWizz UX Nature launcher installed. Some users report that the TouchWizz launcher lags very often and sometimes redraws. Apart from that, TouchWizz framework has many cool features like MultiWindow, Pop Up View, Smart Stay, Smart Scroll, SMemo and many more.

The G2 has LG’s own launcher, which is pretty fast and this version has brought many improvements and
enhancements.

That’s it. If you have any thing to say don’t hesitate to leave a comment below.

Previous articleDownload Android 4.2.2 firmware for Samsung Galaxy Grand
Next articleHTC One X gets updated to Android 4.2.2 with Sense 5