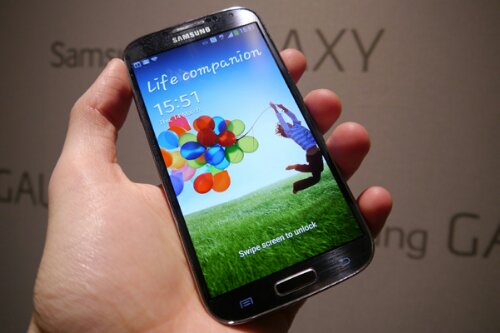 Overheating
There have been reports that some Galaxy S4’s were getting very hot 46°C (115°F) not only when playing games, but even when the phone was idle (screen off)

The possible reason could be MediaServer. Check if ‘Mediaserver’ is taking up your CPU/Battery (Settings -> More -> Battery). If it is, disable it. 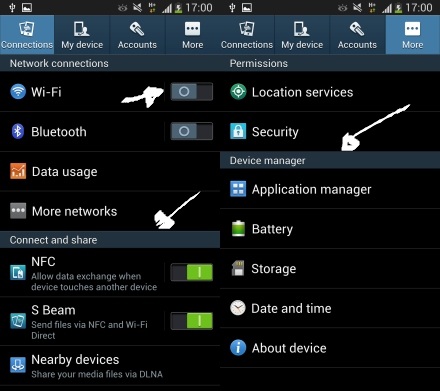 Some other users are reporting that their screen is smearing, basically while scrolling dark greys on blacks smudge/smear purple.

A test for this is in settings, on anything grey if you slowly scroll up and down the grey bits go purple.

When you turn the phone of and then on again, the battery levels jump down to 10-15 percent less of what it was before. It is also displayed in the settings battery status graph.
(This seems to be a problem with Android)

Vibration Of The Earpiece

When the volume is set to max during a call through earpiece, the slight vibration made because of the sound emission is felt on the back of the device (in a cheap way) and apparently, every s4 has this issue.

According to some users, there is lag when opening the Camera and Gallery App, Shutter lag when taking photos, and dialer and contact app taking longer than necessary to open

After opening an app for a few moments, like browsing the web or watching YouTube and then going to the launcher, the launcher will redraw, which means every widget and icon will disapear and after a couple of seconds will appear again.

Occasionally videos, on any type of app will give only audio. Rebooting the device fixes the problem.

That’s all the major problems for now. Do you have any other problems? Post them down below and let me know.