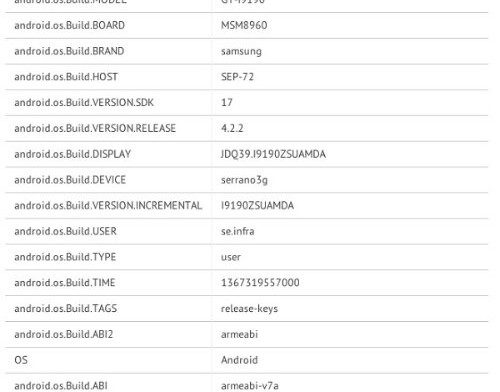 The Galaxy S4 mini will be S4 a like,except that it will have a slower CPU and a lower res screen than the S4.Till now,we thought that the Galaxy S4 mini would come with an Exynos processor, but the latest leaks say that it will feature a 1.7 Ghz Qualcomm Snapdragon CPU and Adreno 305 GPU and a qHD 960 x 540 pixel Amoled display. It will also come with Android 4.2.2 JellyBean out of the box What do you think guys? Is Qualcomm processor better than the Exynos processor?

Previous articleDownload free apps & games for Galaxy S4
Next articleLeaked Android 4.2.2 Jelly Bean for the Samsung Galaxy S3 is out