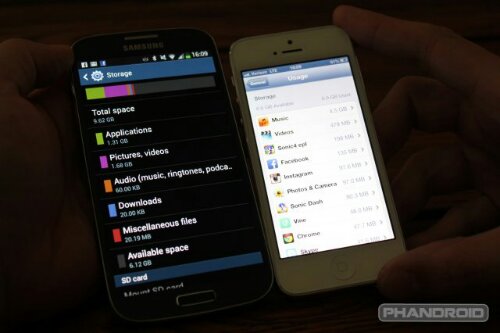 The Samsung Galaxy S4 is already out,but if you buy the 16GB version and you are a power user who downloads a lot of games, music and videos, you are going to be disappointed.

The actual amount of memory available to the user is only 9.62GB. Nearly 7 gigs of the 16 you have on board are occupied with Samsung’s TouchWiz apps and widgets so appreciate the features that the Galaxy S4 has. 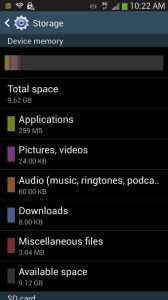 In my opinion I would install CyanogenMod as soon as possible. Samsung has heard the complaints from the users, so it made a statement where it says:

“For the Galaxy S4 16 GB model, approximately 6.85 GB occupies the system part of internal memory, which is 1 GB bigger than that of the Galaxy S3, in order to provide a high resolution display and more powerful features to our consumers. To offer the ultimate mobile experience to our users, Samsung provides a microSD slot on Galaxy S4 for extension of memory.”

That isn’t a clever response but Samsung is right. A 64GB MicroSd Card will do the job. What do you guys think?