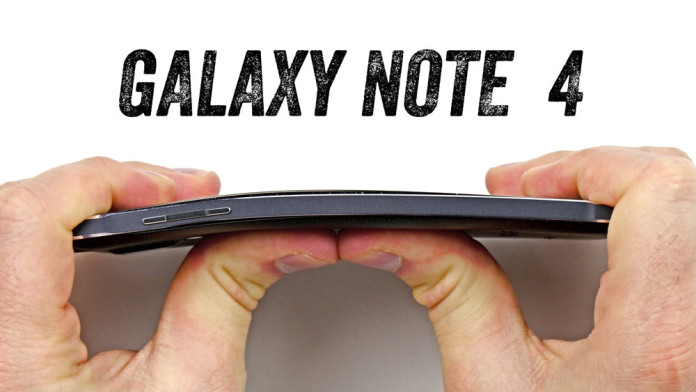 Did you think that all the heat and storm about bending all the smartphones is gone, right? Well you are wrong. UnboxTherapy shook the internet with its viral video: iPhone 6 Plus Bend Test.

The aluminum frame got bent very badly and the screen cracked. This video was picked from most popular tech sites and the internet went crazy with the fact that the 6 Plus was easily bendable.

Later, Lewis did several other tests with different devices like the HTC One M8, Moto X. Galaxy Note 3 and none of the devices bend. The reason why the Galaxy Note 3 didn’t bend is because it is made of plastic. 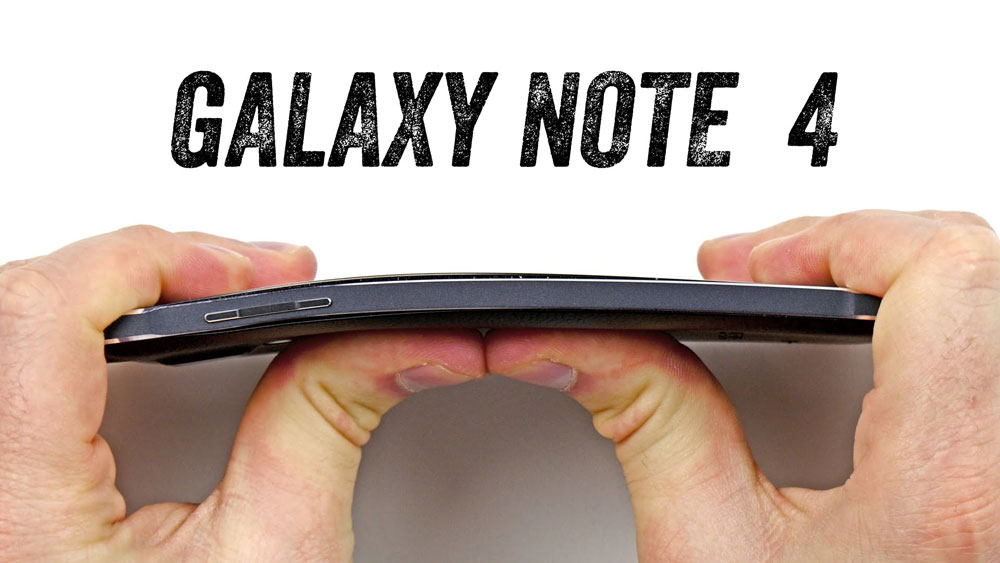 But now Samsung has released the successor of the Note 3, the Galaxy Note 4. Among many improvements, the phone has a steel frame instead of the usual plastic one.

And since there is now metal on the new Samsung flagship device, it is time for another bend test. Again, UnboxTherapy managed to get a unit and bend tested it. The results are not surprising.

The phone bends but just a little bit. There is a small warp on the bezel but with just a small amount force, the phone got back to its original shape. The interesting thing is that the phone bend at the exactly same spot the 6 Plus bend, near the volume buttons. That has to be the week spots for all devices with aluminum frames.

This finally puts to rest the idea that only the iPhone 6 Plus bends. In fact, all aluminum phones bend. Simply some phones bend more and some bend less than others. The HTC One M8 also bends, even though not as much as the iPhone.