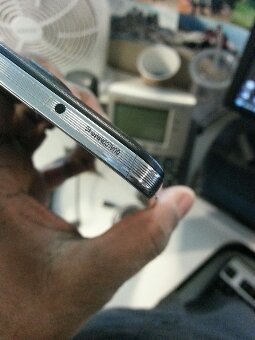 A Samsung Galaxy Note 3 user from the well known XDA-Developers forum has reported cracks in the bezel of its smartphone. Apparently, he had bought the Note 3 last Friday and noticed the crack this Monday and during this 2-day period he didn’t drop or hit the phone.

The crack just appeared. This isn’t very surprising, though. The same thing also happened in the past with other Samsung devices such as the Galaxy Note 2, Galaxy S4 and Galaxy S3. The Galaxy S3 was the one which suffered more.

Many users reported not just a small crack, but several big and deep cracks all around the bezel,  so a case was really required.

As for the Galaxy Note 3 user, he requested a replacement and after a couple of days he got his phablet replaced. What about you?  Have you noticed any cracks on your smartphone?