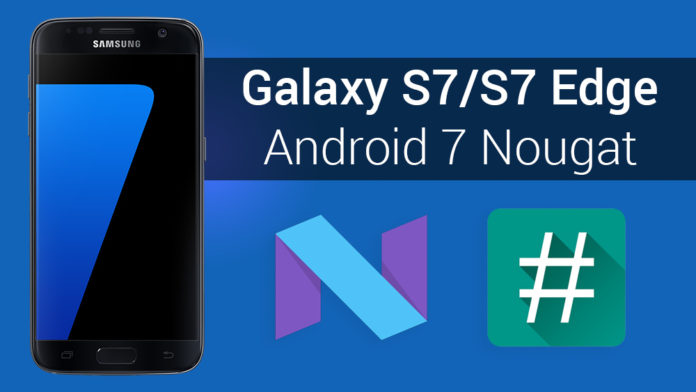 Samsung has equipped the international variant of the Galaxy S7 with its own Exynos 8890 Octa chipset, meanwhile US variants have the Snapdragon 820 chipset inside. This means that if you have a Galaxy S7 or S7 Edge from a U.S carrier, you can root and install SuperSU on your phone.

The tutorial below might be somewhat complicated for those users who are not experienced with flashing files, but if you carefully follow the procedure everyone can root their device with no problems.

Note: This method only works on Qualcomm Snapdragon variants of the Galaxy S7 and S7 Edge which have the Nougat update. Do not try to attempt this method on any other variants. Be very careful because you might damage your phone. The procedure below is risky and we take no responsibility if something wrong happens to your phone.

That is it. Your phone will have SuperSU installed when it reboots. SuperSU is the app that grants root access to apps that require it. Enjoy your rooted Nougat firmware on the Galaxy S7 and S7 Edge!