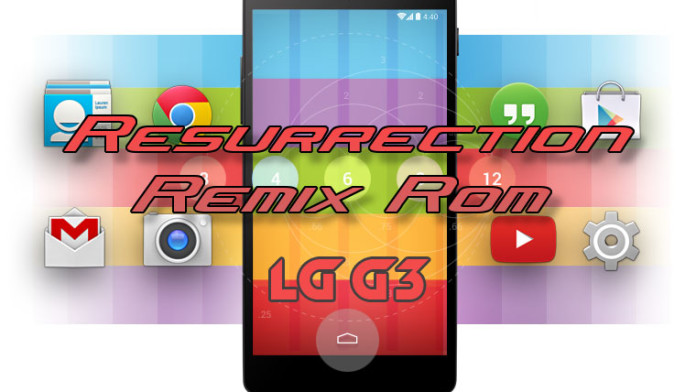 How to download and install the Resurrection Remix Android 5.0.2 Lollipop ROM on the LG G3. LG’s flagship device has received a lot of support from the manufacturer as well as from the developers.

It comes with Android 4.4.2 KitKat out of the box and the manufacturer has planned to update all the devices all around the world to 5.0 Lollipop very soon. LG has released the official OTA update already and you can install it right now.

Also Read: How To Fix Screen Oversharpening on LG G3

But this OTA update is based on LG’s own firmware and skin. So the Lollipop update that you get through OTA is going to have all the applications and custom skin that LG includes in every device. 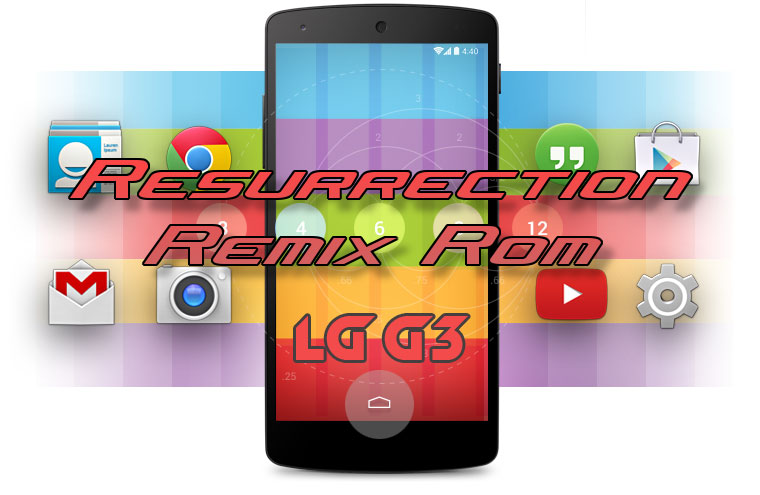 If you aren’t looking for that kind of Lollipop experience on your LG G3, then you can try a custom ROM which is based on stock Android.

A stock Android based ROM means that the experience will be same as having a Nexus device. Everything starting from the features, applications and user interface is the same. There are no bloatware apps or custom modifications made by LG.

One of the best Lollipop custom ROMs for the LG G3 is Resurrection Remix. Resurrection is an old ROM which has been available on some of the most important and popular Android flagship phones and now it has come to the LG G3.

The ROM is based on CyanogenMod 12 which means it comes with Android 5.0.2 Lollipop, so you get to enjoy the latest and greatest version of Android.

The ROM includes a lot of options that stock CyanogenMod 12 doesn’t have. Here is a list of some of the features of Resurrection Remix for the LG G3.

Along all these features, the ROM offers stability improvements and excellent battery life.

TWRP custom recovery. How to install.

At least 70% of battery. If the phone turns off during the process, it might get bricked.

Also Read: Get Android 5.0 Lollipop on LG G3 with CyanogenMod 12