Reasons Why Super AMOLED Is Better Than LCD Displays 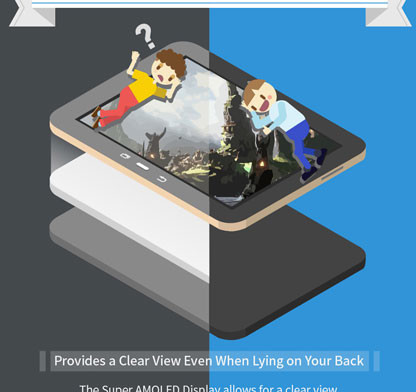 Not to forget latest Samsung tablets, Galaxy Tab S which have the best tablet screen ever. By many, Super AMOLED displays have been considered as the best displays and are a lot better than the traditional LCD screens. Yet, many people are hesitating to switch from their LCD devices to a Super AMOLED phone.

Also Read: How To Open Apps From Lock Screen On Android Devices

If you are also hesitating, here are 5 reasons why Super AMOLED is a lot better than LCD. 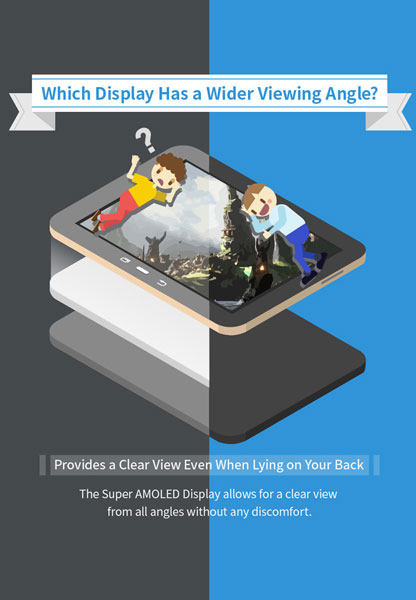 One of the biggest advantages AMOLED has over LCD are the super blacks. When a black image is displayed, the phone screen with the AMOLED display will be totally black because the pixels are all turned off. On LCD displays, the screen will be gray instead of black because the backlight unit is still on producing light.

AMOLED displays have wider viewing angles. Every time you watch your phone from a certain angle, the photo or whatever the phone is displaying will not lose the colors and will be as vivid as when looking it straight. LCD screens have worse viewing angles. Even when you watch the screen from a small angle, it will look washed out and grainy.

Deeper contrast means sharper and more detailed pictures. If you are watching a movie with dark scenes, LCD displays will not show 90% of the scene because of the low contrast while AMOLED displays will show the entire scene.

One-handed Mode: Galaxy Note 4 vs iPhone 6 – Which is better

Why Your Phone Isn’t Supported By Towelroot