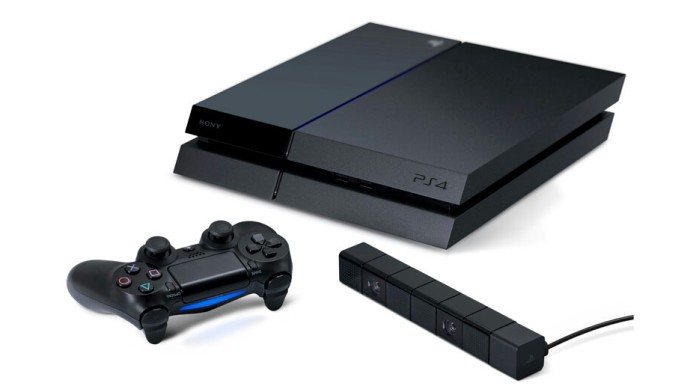 I got the chance to play with a Sony PlayStation 4 today. It was the first time to actually have one, so I fully tested it out.

Before starting, I want to point out that this review will be totally unbiased and honest. It will be divided in 3 parts: Controller, Performance and the Console Design itself.

The PlayStation 4 is the next-gen and latest console from Sony. It is a major upgrade from the PS3 and has some seriously bumped up specs compared to Sony’s previous console. 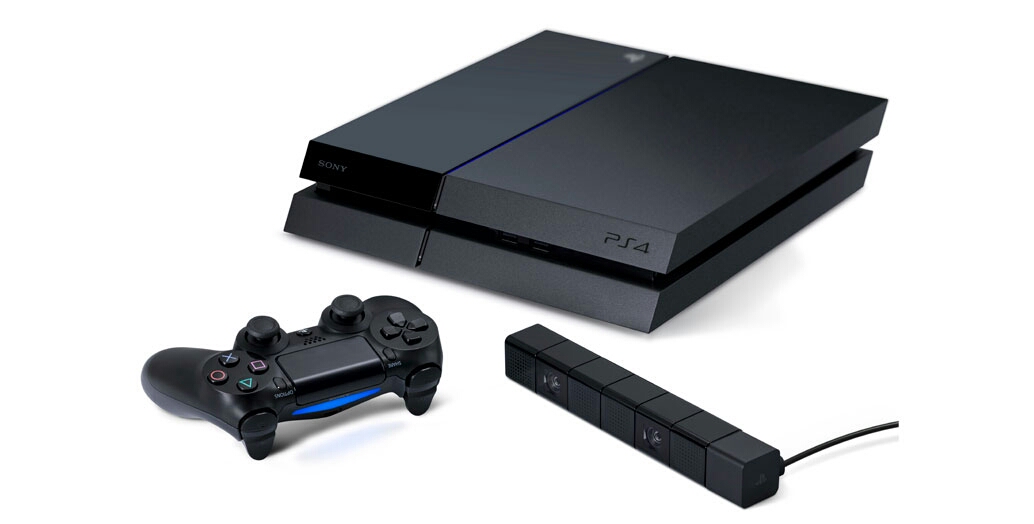 It has an octa-core CPU, 8GB RAM, AMD Radeon based graphic card and 500GB of storage. The storage is HDD (Hard Disk Drive) but it can be replaced with a SSD (Solid-State Drive). With these specs the PS4 is even faster than the Xbox One. Enough with specifications. Let’s see what the console offers in real life usage and not what it is supposed to offer in paper. 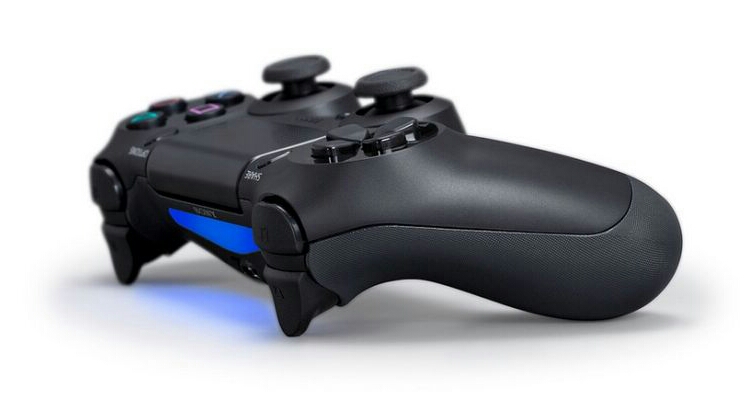 Let’s begin with the controller. I’ve been a PS3 user for many years and I’ve really liked its controller. However, the controller of PS4 is just amazing. When I held it for the first time, I knew that it was a lot better. It is drastically redesigned without losing the classic shape that only a PlayStation controller has.

Three things that I found better and more improved are: Trigger Buttons, Joysticks and the body of the controller.

On the PS3 controller, sometimes I had problems with the joysticks and trigger buttons. After some times of playing, my fingers would start sweating and then they would slip very often from the buttons. This has been fixed on the new controller.

Trigger buttons now are more rounded, joysticks have a more rubbery feel and are pushed down in the middle, preventing fingers from slipping.

Also, the body of the controller itself is wider, fatter and more ergonomic which drastically improves grip.

A new interesting thing this controller has is the touchpad. The touchpad can be used in certain games for several movements that you can’t do with the normal buttons. It is also clickable. During a game, for example COD: Ghosts, if you press the touchpad you’ll see all the players that are participating in the game. It is quite a handy feature. It isn’t supported by many games at the moment but it surely will when other games will get released.

The new controller is better and it doesn’t hurt your fingers if you play for many hours. 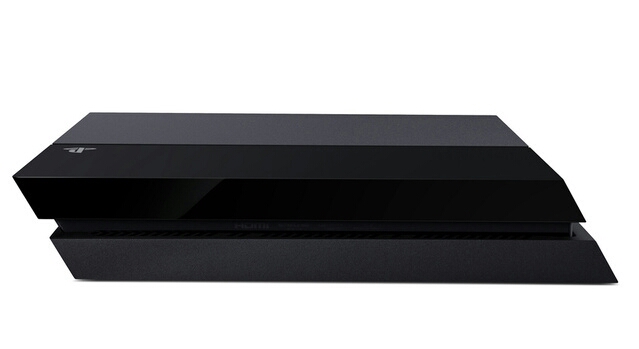 The PS4 definitely has a better design when compared to Xbox One. It is small, slim and stylish. The design is very interesting too. It is shaped like a rubber and it has a two-tone color body: glossy black and matte black which looks very cool.

When you turn the PS4 on, a straight thin blue light turns on telling you that the console has been turned on. Hopefully we’ll never see that light turn red. On the back are located all the required ports such as HDMI and the port for the charger.

Speaking of chargers, PS4’s charger is very small and it doesn’t have a huge power brick like the Xbox One because it is built-in the console.

Ventilation fans are also on the back. They make the console stay cool even when playing heavy games.

Even though it is slim and doesn’t take up too much space, you can place the the console vertically. This way you won’t even notice it’s there. You can also place it on the desk if you want to admire its beauty. 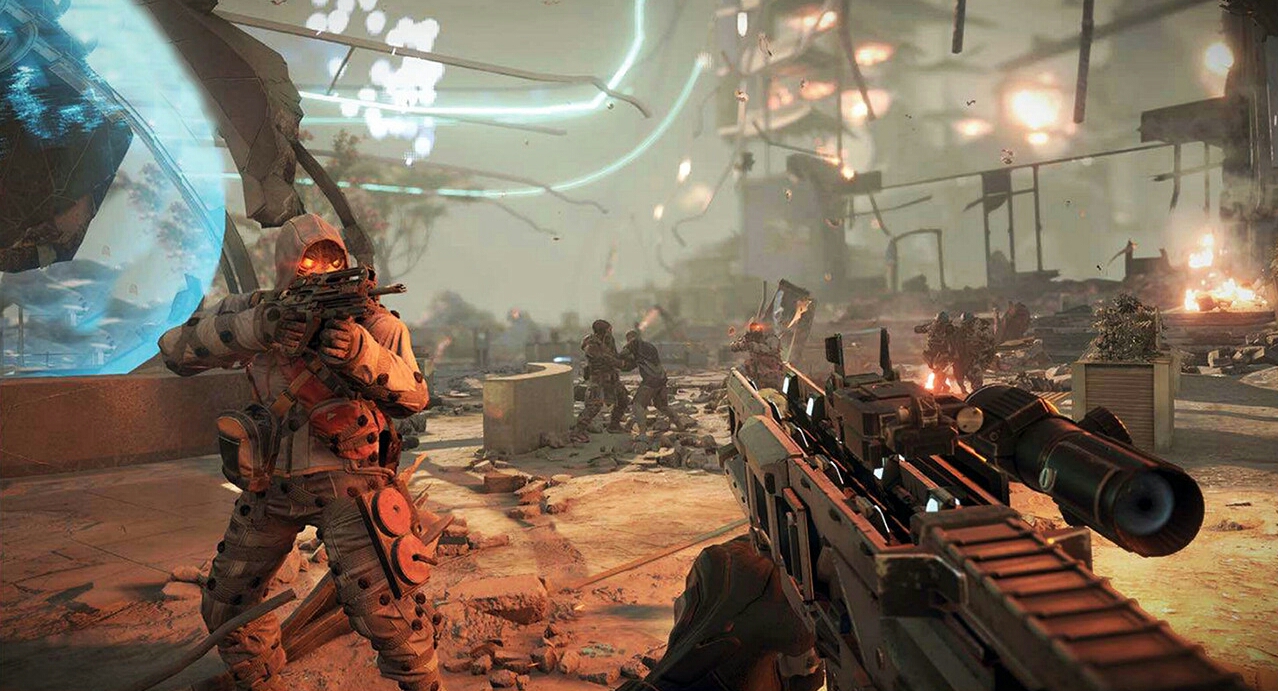 As we said before, the PS4 plays with no problem every game you can find thanks to the bumped up specs. Once you turn it on, you’ll be greeted with a new, revamped user interface. Though it is better, improved and with more features, it is still simple and appealing.

To play a game, simply insert the disc, select the game and open it. One thing I found interesting was that how fast a game opens. On the PS3, you had to wait a couple of minutes from inserting the disc to actually play it. On the PS4 however, loading times are very short and a game launches almost instantly.

Some of the best games you can find at the moment are Killzone: Shadow Fall, Call of Duty Ghosts and Fifa 2014 and many more are expected to be launched to fully use the power of the console.

Even though the first 2 games are very graphic-intense, the performance is very smooth and you will be amazed how quitet the cooling fans are. If you touch the console when you’re playing a heavy game it will be cool and not hot at all. Small but effective fans.

Unlike the Xbox One which is created for a social media experience, the PS4 is dedicated to gamers. With a blazing fast processor, better and improved controller, the PS4 is the ultimate gaming console.

Will Apple Ever Stop The War With Samsung and Other Tech Companies?