One UI 3.0 Beta rolling out to Sprint and T-Mobile Galaxy Note 20 in the United States 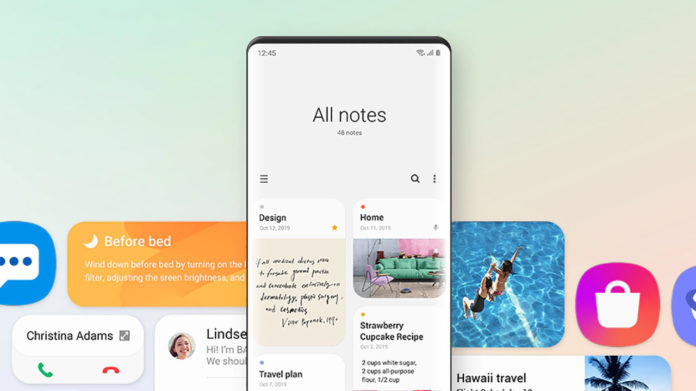 Update: The One UI 3.0 build is now rolling out to all eligible Galaxy Note 20 units in the US. The build version is N986U1UEU1ZTJG and it is over 2GB in size.

Samsung has started releasing the One UI 3.0 Open Beta to Galaxy Note 20 and Note 20 Ultra users in the United States. The beta program is available on Sprint and T-Mobile carriers. Unfortunately, AT&T and Verizon do not participate in Samsung’s beta programs, so users cannot register for this update. The program is already available on the Galaxy S20.

A community manager over at Samsung forums posted a thread about recruiting users for the One UI 3.0 Beta on the Galaxy Note 20 and Note 20 Ultra. The manager included a banner saying “One UI 3 Beta with Android 11! Coming soon!“. Consumers on Sprint and T-Mobile carriers will be the ones eligible to apply for the update. These variants of the Note 20’s come with the Snapdragon chipset, unlike the international variants that have the Exynos chipset. 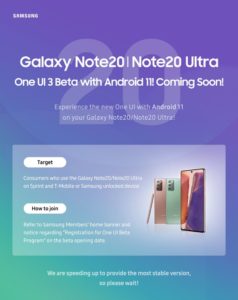 List of eligible Note 20 variants for the One UI 3.0 Beta Program

How to apply for the One UI 3.0 Beta Program?

If you have a little more technical knowledge, you can download the OTA firmware and manually flash it on your phone. This is the best way of updating to One UI 3.0 if the official OTA does not arrive on your device. We will publish download links as soon as the files become available.