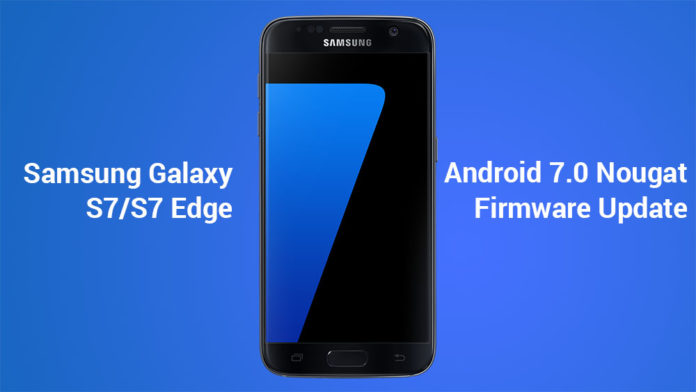 The Android 7.0 Nougat is expanding and reaching more Samsung Galaxy devices. Ever since the international variant of the Galaxy S7 and S7 received the official Nougat update based on Samsung’s TouchWiz firmware, more and more phones have also started receiving it.

A few days ago the official Nougat update became available for the Samsung Galaxy Note 5. Today, besides the international variant of the Galaxy S7 and S7 Edge, three of the most popular carriers in the US have received the Nougat update as well.

If you have a Galaxy S7 or S7 edge from AT&T, T-Mobile or Verizon, and if your phone is still on Android 6.0 Marshmallow, then follow the guide below to download and install the official Android 7.0 Nougat update.

How To Install Android 7.0 Nougat Update on Galaxy S7 and S7 Edge on All Carriers

Below you will find useful guides and links about how to install the Nougat update on your phone. Check out your phone’s model and then follow the respective guide.

Now that you have those two files, follow the guide below to flash the firmware.

That is it. You have successfully flashed the latest Nougat firmware on your T-Mobile Galaxy S7 or S7 Edge.