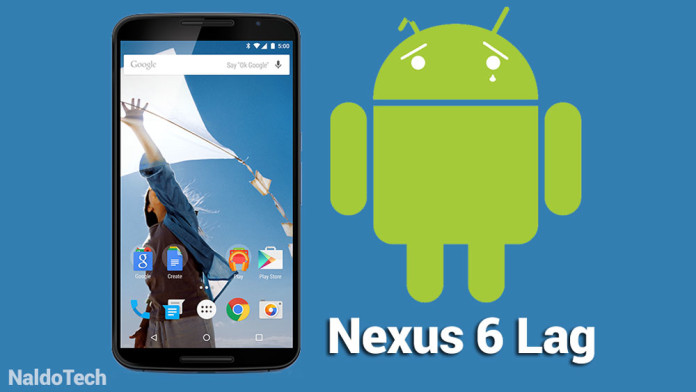 Has your Google Nexus 6 started to become slow? The phone packs quite of a punch hardware-wise. It has the powerful Snapdragon 805 chipset with four Krait 450 cores clocked at 2.7 GHz as well as the latest Adreno 420 GPU.

Alongside the powerful processor, the phone features 3 GB RAM, huge 3220 mAh battery and the latest version of Google’s OS, Android 5.0 Lollipop. As you may have noticed already, the Nexus 6 is one of the most powerful phones in the world.

Everything that you throw at it, heavy tasks or intensive 3D games will not be a problem for the beastly processor. And Lollipop makes things even better. The new ARTT runtime environment makes everything run smoother and the power saving mode ensures that the phone will last throughout the entire day in a single charge. The phone runs like a beast in the first weeks or months. Everything runs smoothly, tasks get completed quickly and the user is happy with the device.

But after a while, the phone gets very slow, abnormally slow. Not only the phone lags a lot while playing games or doing other intensive tasks, but it takes a few seconds to open basic apps such as the phone or messaging app. Even if there are no apps opened, the phone needs a couple of seconds to fully open the gallery or phone app. Animations are not better.

Lollipop has introduced new intuitive animations but when the Nexus 6 starts to lag, animations become choppy and laggy. This issue occurs not only on the Nexus 6. It happens on all devices. This is the nature of Android. It works good at first but then it becomes slow and laggy. If you are feeling that your Nexus 6 is becoming slow, follow these methods to make it faster.

Google has forced system encryption on its latest devices with Android 5.0 Lollipop including the Nexus 6 and Nexus 9. System encryption is a good thing because all of your data is safe from unknown sources and no one can get access them. The bad thing that the system encryption is simply another layer on your phone and the processor needs more power to process this layer. This causes delay between the moment when you click something and when the action starts. If you have nothing to worry about when it comes to stolen data, follow this guide how to disable encryption on the Nexus 6.

While stock Android has basically no bloatware like Touchwiz or other skins, there might be some apps that can cause performance issues. These can be installed or system default applications. The best thing to do in this case it to boot into safe mode. To do, press the Power key, touch and hold the Power off option. A window will show up saying “Boot to safe mode”. Press “OK”. Now that you are in safe mode, use your phone for a few minutes and see if performance issues start occurring again. If no, it means that one on the apps is causing the problem. Test all apps one by one and see which one is causing the problem.

If none of the solutions above worked, then it is time for a factory reset. There is a time when every Android phone starts having so many problems that only a factory reset can solve it. A factory reset deletes all applications without touching other files such as photos or songs. Making a factory is very easy. Follow this guide if you don’t know how to do it.