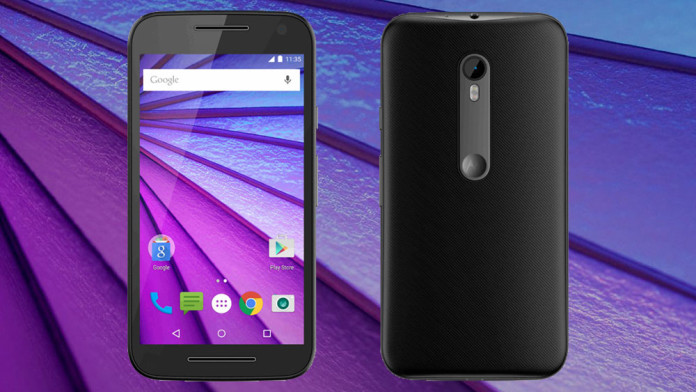 The third device in the Moto G line, the Motorola Moto G (2015) has started receiving the official Android 6.0 Marshmallow update by Motorola. After updating most of its smartphones, including devices such as Moto X, Motorola didn’t forget about its cheap and highly popular Moto G 3rd Gen.

If you have ever used any of Motorola’s recent devices you know the company doesn’t like to heavily customize the firmware. Motorola implements a nearly stock Google experience with a few extra performance improvements, leaving UI elements unchanged. The update is being released for all Moto G devices with XT1540 model number. If you have this variant, head over to the settings menu and check for a possible OTA update.

What does this firmware add from the already stable Android 5.1.1 Lollipop version? The update brings Now on Tap, Google’s solution to quickly find information about everything, reworked permissions system where you decide what permissions apps get to access, battery improvements thanks to Project Doze and overall a better system performance.

Besides adding all the usual Marshmallow features, note that this update removes some Motorola apps like Migrate and Assist. Also, the update weighs in at 2 GB, so make sure to have some free space left on your phone before updating. 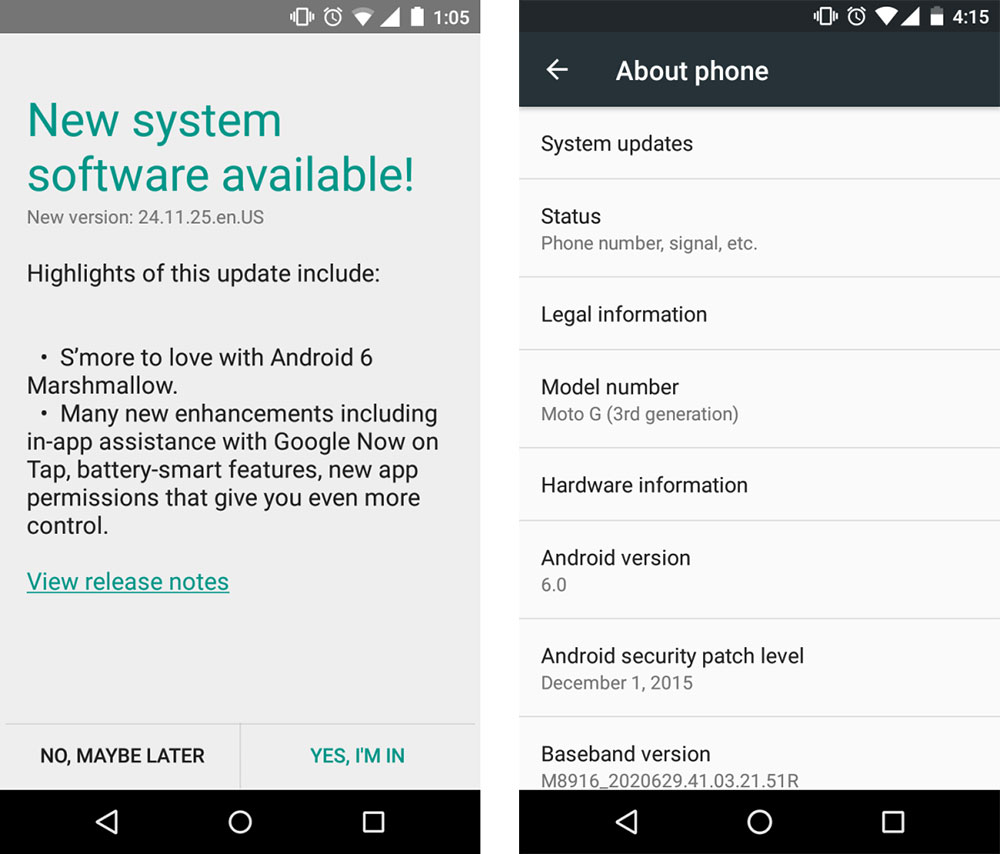 Moto G users should be happy with this update. Despite coming with 1 or 2 GB of RAM, 5-inch HD display and a Snapdragon 410 chipset, the Moto G has received the Marshmallow update before some of the best-selling Android flagships with much powerful hardware like the Note 5 and Galaxy S6.