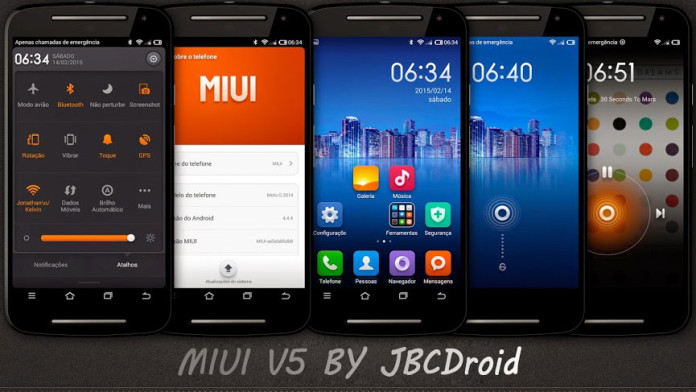 Moto G 2nd generation, released last year, is the successor of the first generation of the model. It was a ground breaking device because it featured a fast processor, decent camera quality and battery life for a very low price. The lowest and the best price for the performance that you get from the phone.

If you are anything like me, you like experimenting with your phone. You can do so by installing custom ROMs, themes, launchers or even completely different operating systems like Ubuntu. We buy Android devices because the OS is open source and you can customize them. Installing custom ROMs is one of them.

There are a good amount of ROMs for the Moto G. Being a Motorola device, developers like to develop for this phone because it is much easier compared to other handsets. Even though Android is the main reason why you have bought the Moto G, there is a moment where you’d wish to have an iOS device to test it out.

Guess what! You don’t need to buy an iPhone to enjoy the iOS experience. You can do so even on your Android device. MIUI is a custom aftermarket firmware created and developed by Xiaomi, a Chinese company.The UI is nothing like we are used to seeing on stock Android or Samsung’s Touchwiz.

It is well-known for having a similar UI to iOS. The fact that there is no app drawer and similar icons are a few reasons why MIUI has been criticized for looking like iOS. MIUI is available only for Xiaomi devices but developers have ported the firmware to other devices as well, one of them being the second generation of Moto G released in 2014 thanks to senior member JBCDroid, who posted the ROM to the forums.

MIUI for Moto G (2014) is currently under active development which means there might be some bugs that can occur from time to time. However, main features are working including RIL (phone calls, SMS messages, mobile data), WiFi, Bluetooth, video playback, camera, audio, sensors and flash LED light.

Make sure that you phone has enough battery life left. It is recommended to charge it to at least 60% before proceeding with the guide below.

Wipe data before flashing the ROM. If you do not wipe data, the phone will get stuck in a bootloop.

Note that this ROM is in development and is not fully stable.

Wait for a few minutes for the ROM to install. Enjoy your Moto G using MIUI ROM (iOS-like user interface).