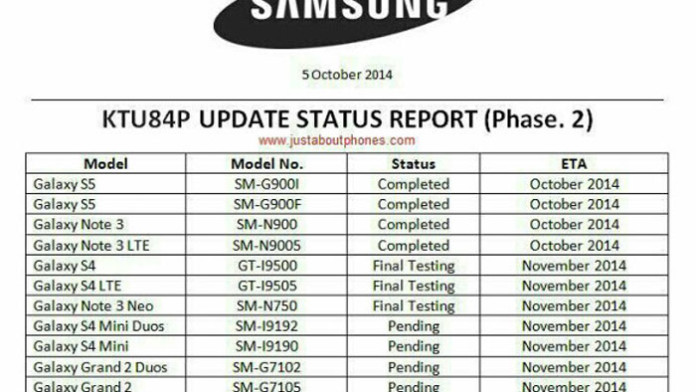 Samsung was very quick and released a video preview showing Android L running on the Samsung Galaxy S5. From the video, the firmware looks very stable, fast and smooth. And most importantly, it has Material Design with Touchwiz skin on top.

That was a surprising video from Samsung considering that the Galaxy S5 is still on Android 4.4.2 KitKat and has yet to receive the official 4.4.4 KitKat update. 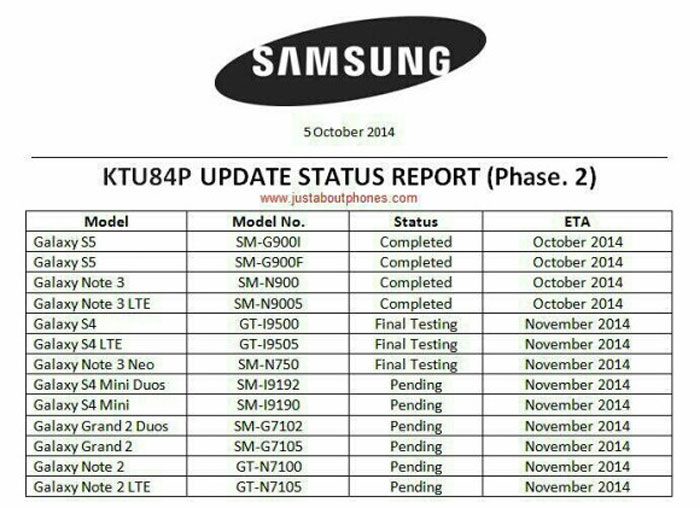 A leaked photo shows all the dates that Samsung is going to update its devices to Android 4.4.4. According to the picture, the Samsung Galaxy S5, Note 3, Galaxy S4 and more are going to get the latest update.

These are all the devices that are expected to get updated to Android 4.4.4 KitKat:

The Galaxy S5 and Note 3 will be getting the new version in October as the status for them is completed. Other devices like the Galaxy S4, Galaxy S4 Mini and Galaxy Note 2 will be getting Android 4.4.4 KitKat during November 2014 as status says Final Testing and Pending.