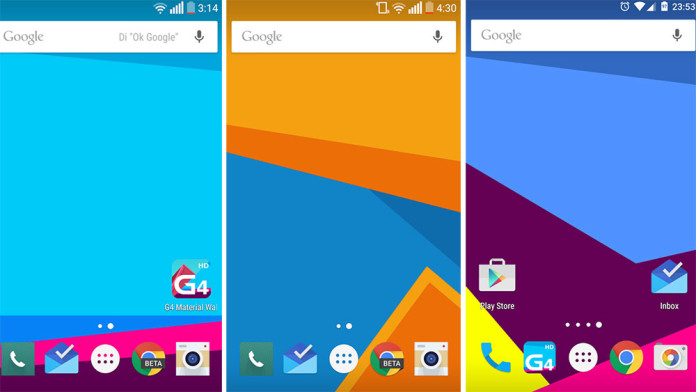 The LG G4 is official. The successor of the LG G3, LG’s most popular phone has just been announced during a conference and it sports some really good specifications. LG has followed HTC’s thinking that if it is not broken, do not fix it.

When it comes to the design, the LG G4 is similar to the LG G3, with the power button and volume keys being located on the back of the phone with a virtual navigation bar on the front. As far as specifications are concerned, the LG G4 has a Snapdragon 808 chipset with two 1.8 GHz Cortex-A57 cores and four 1.44 GHz Cortex-A53 cores, alongside Adreno 418 GPU and Android 5.1 Lollipop.

The device will become available on all major stores across the globe in the following weeks, so make sure to get ready to get one if you like the phone.

While you wait to get your hands on the LG G4, you can try some software goodies from the device. A few weeks ago, we wrote about leaked LG G4 wallpapers. Turned out they were the real deal and now all official and stock wallpapers found on the LG G4 firmware have been added.

Simply download the app, choose the wallpaper you want to set as a background image and you are good to go. Tell us which one is your favorite.