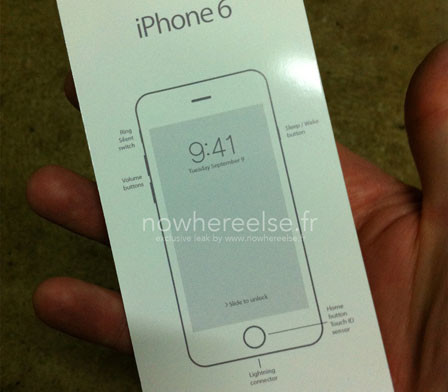 A leaked iPhone 6 manual confirms all the rumors about the phone design and button placements. As you can see, the photo shows a piece of paper which is going to be the manual of the iPhone 6. Even though manuals aren’t very interesting for smartphone users, this one is because it shows a few design details.

The lighting connector will be the same. Latest leaks say that the next iPhone will have a reversible USB cable so you can plug-in the cable in two ways. The volume up and down keys have also changed. The upcoming iPhone will have elongated volume keys. 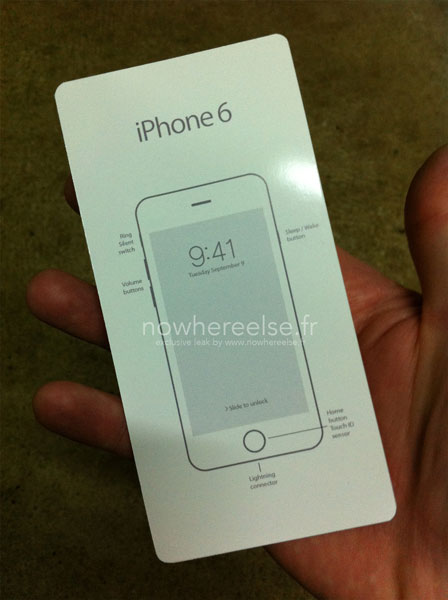 All previous iPhone devices have had circle volume buttons. Elongated keys will be better because it will be easier for the user to find them. The Touch ID sensor is still under the home button and the ring switch is above the volume buttons.

The iPhone 6 will have a 4.7″ and 5.5″ display, latest Apple A8 chip and iOS 8. It will get officially announced during September-October by Apple. Along the new iPhone, Apple is expected to release the iPad Air 2 and iPad Mini 2.