Is Your Samsung Galaxy Note 4 Fake? How To Check 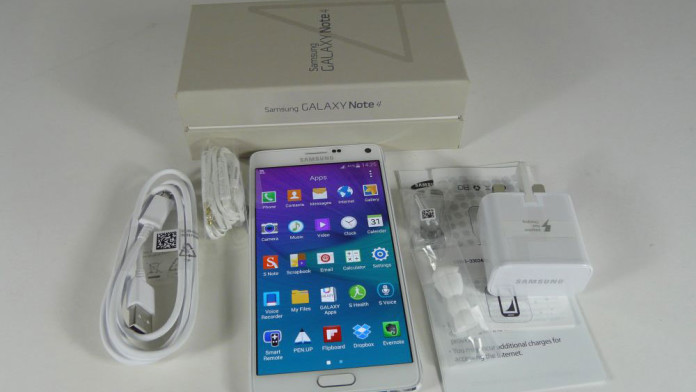 Have you bought or are you thinking about buying the newly released Samsung Galaxy Note 4? Before you hand out the cash and get your new phone, first you should see if the unit you have is real or fake.

Samsung has released a few phones that have been selling like hot cakes lately. The Samsung Galaxy S5 is one of the most sold and popular Android phone of this year.

The Galaxy Note 4 doesn’t lag behind. It is the best phone of its range. There are many other devices with screens bigger than 5.5″ like the iPhone 6 Plus, Oppo N1, Xperia Z Ultra and more, but the Note 4 is the best, considering it is the only phone with a pen.

Because of this, millions of people have already bought the Galaxy Note 4 and millions are buying it very soon. This is a great case for scammers. They create fake Note 4 units and sell them to users like real phones.

If you are looking forward to buying Samsung’s latest phablet device, you need to see if it is fake or real because there’s nothing worse than buying an expensive phone and later see that it just a fake variant.

There are a few ways of checking if the Samsung Galaxy Note 4 you are going to buy is real and comes from the company or it is just a fake one.

The fake variant of the phone changes from the original one. If it is possible, you should take your friend with you who has an original Galaxy Note 4 and compare his phone with the one that you are trying to buy. Usually, the back cover has a different pattern and it is not the same as Faux Leather.

The screen is smaller and bezels are a lot bigger. Now that the Galaxy Note 4 has a beautiful steel frame, it is easier to differentiate it. The fake one always has a plastic frame to keep the price down.

Sometimes, it might have an aluminum frame but it is weak and can be easily scratched. The frame on the original variant is very sturdy and doesn’t scratch easily.

Another thing you should check is the performance. The fake phone has worse and slower processor. The original Note 4 has the super fast Snapdragon 805 chipset while the copy variant has a much slower MediaTek processor.

To test the performance, go to the Play Store and install a benchmark app like AnTuTu and compare the scores. If the score is lower, then the phone is not the real deal.

The benchmark app also says what kind of processor your phone has, the graphics card, RAM, internal memory, screen size and screen resolution.

Sometimes, scammers do a great job and really make the design exactly the same as the original one and sometimes, they tweak the software so benchmarks will show high scores.

So, you have to check Android version. Go to Settings > About Phone and check the OS version. It should be Android 4.4.4 or later. The Note 4 is the phone with most features like S Pen, multitasking capabilities and other Touchwiz goodies. If the phone you are buying does not have these options, then you shouldn’t buy it.

How To Check For Fake Samsung Galaxy S6 (Real vs. Clone)