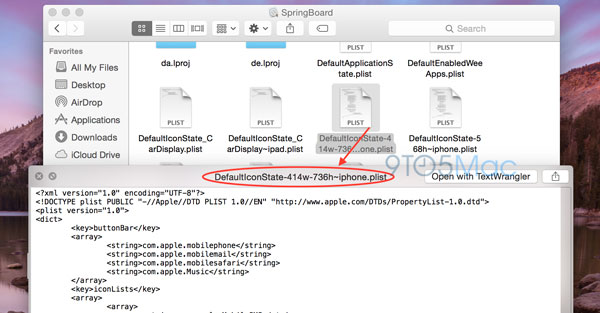 But the iPhone has an unusual display resolution. The iPhone 5 and 5s have the same display with the resolution of 640 x 1136. This resolution is a mix of HD and qHD. The main important thing is that the aspect ratio is 16:9. Now, a few files found inside iOS 8 hint that the upcoming iPhone 6 will have a screen resolution of 828 x 1472 which again, is not any of the usual resolutions we are used to see.

The new resolution of the iPhone 6 keeps the usual 16:9 ratio. It is higher than HD displays but lower than Full HD displays. The iPhone 6 will have a lower screen resolution than any of 2013 and 2014 Android smartphones we have seen.

It is still not certain if this screen resolution will be the same for both iPhone 6 variants. The first one with 4.7″ screen and the second variant with 5.5″ screen. If this is the case, the 4,7″  iPhone 6 variant display will have a PPI density of over 360 pixels, which is 34 pixels more than the current Retina display.

The iPhone 6 with 5.5″ display will have a much lower pixel density. If the bigger iPhone will also have a PPI density of 360 pixels, the resolution will be a lot higher at 1242 x 2208 pixels. This is always based on the source code of iOS 8 and nothing is official. Previous leaks have reported that the iPhone 6 screen resolution is going to be 960 x 1704 pixels. Nothing is official until the release of the iPhone 6 by Apple in fall.

Previous articleHow To Check If Your Galaxy S5 Is Used or Refurbished
Next articleBody & Size Comparison – iPhone 6 vs. Galaxy Alpha (Photos)