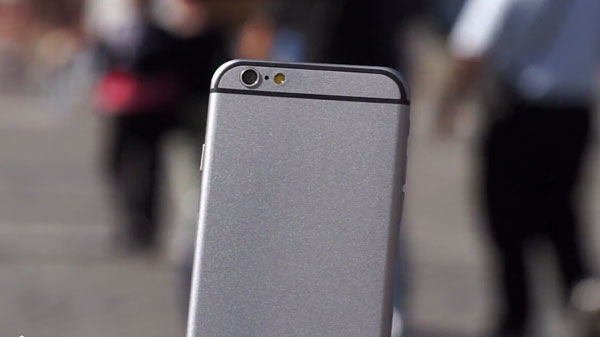 iPhone 6 prototype has just experienced the first drop test and later, the destruction test. There have been a lot of dummy units of the upcoming Apple  flagship device, the iPhone 6. Not much is known about the official design of the iPhone 6 but this haven’t stopped a few guys to make a drop test using a prototype of the iPhone 6.

The drop test starts with a usual drop from the pocket. As most of us drop our phones while pulling them out of our pockets, it does make sense to start with a drop from pocket height. Then a drop from waist height and at the end, the iPhone 6 prototype gets dropped from head height.

At the end, the guy throws the prototype on the ground with force and the device gets totally destroyed.

The prototype didn’t really suffered a lot of damage. It only got a few scratches and scuffs on the side and on the back. However, note that this test is far from what would happen with a real iPhone 6 just because there is no display and motherboard inside.

Latest leaks suggest that there will be two iPhone 6 variants. One will have a 4.7″ display with a camera without OIS and the other variant will have a 5.5″ display. This time the camera will have OIS (Optical Image Stabilization). However, nothing is known until September-December when iOS 8 and iPhone 6 will be officially released by Apple.