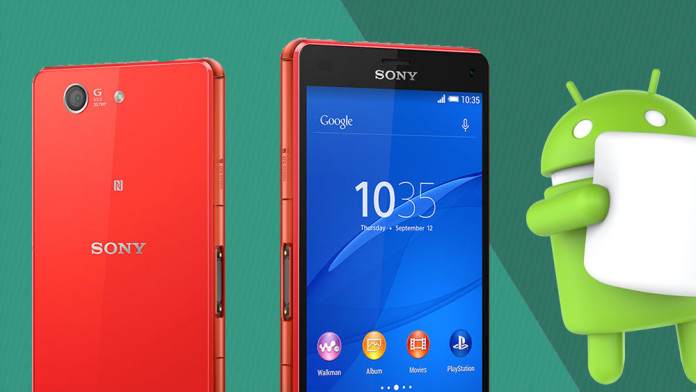 Sony’s Concept Software is a project by Sony which aims to bring the latest version of Android to certain Xperia devices. Sony launched this project originally when Lollipop was out and is continuing it with Android 6.0.1 Marshmallow.

Among the Xperia line, one of the devices to get Sony’s AOSP 6.0.1 Marshmallow Concept ROM is the Sony Xperia Z3 Compact. Packed into a small body with an HD 4.6-inch screen, Snapdragon 801 chipset, 2 GB RAM and 20.7 MP camera alongside a 2600 mAh battery, the Xperia Z3 Compact is the ideal choice for those who want a powerful yet compact phone.

The phone is currently running on Lollipop and a Marshmallow update is under works. Until then, you can try Sony’s Marshmallow Concept ROM. The ROM is based on 6.0.1 Marshmallow under AOSP code. This means that the ROM features a complete stock Android experience with no changes by Sony. This is a great way to test Marshmallow on your phone. Follow the guide below to learn how to back up TA partition (DRM keys) and then install the ROM.

To download and install Sony’s AOSP 6.0.1 Marshmallow ROM on the Xperia Z3 Compact, you need to download a few files and prepare your phone for the process.

These are the only two files that you need to flash the ROM. Additionally, you can unlock the bootloader, install a custom recovery, add root access and install Xposed if you want. You can find the necessary files at the source link.

Before you do anything with your phone, it is vital to back up the TA partition. This partition contains DRM keys, which are important for various parts of the phone such as camera quality. Check this guide on how to back up TA partition and DRM keys.

Now that you’ve made a backup of the TA partition, you can begin with the ROM installation process.

Now Flashtool will start flashing Sony’s 6.0.1 AOSP Concept ROM on the Xperia Z3 Compact. Wait for the phone to boot up and then check for any software updates. That is it. You’ve installed the 6.0.1 Marshmallow FTF firmware on your Xperia Z3 Compact.

If you have already installed it, let us know how the performance of the ROM is. Are there any bugs that annoy you? Keep in mind that the official Marshmallow update is under work and it will be coming soon.

Sourcesystemallica
Previous articleGoogle Now Launcher Gets Landscape Support Thanks To Google App 5.8.45.19 APK
Next articleHow To Use MTP Mode on 6.0 Marshmallow With MTP Enabler