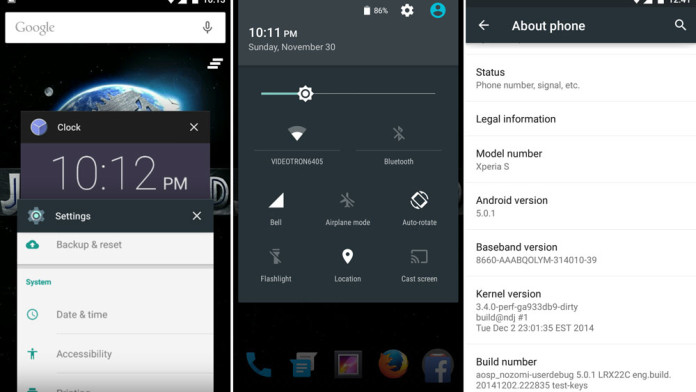 While devices like the Nexus 5, Nexus 7 and Samsung Galaxy S5 have already received the official Android 5.0 Lollipop from the manufacturers, other phones are struggling to get a stable and working Lollipop ROM.

The list of devices that are running on unofficial 5.0 Lollipop builds is too long but we can mention some of the most important phones like the Galaxy S4, Galaxy S3, Galaxy Note 3, Note 2, Xperia Z2, Xperia Z3, LG G3 and HTC One M8.

Sony’s flagship phone, the Xperia Z3 is enjoying a quite stable Android 5.0 Lollipop CyanogenMod 12 ROM. Older Sony devices haven’t had a lot of support. Thankfully, developers have managed to create a ROM for the Xperia S called nAOSP, which aims to bring to the phone an experience as close as possible to Lollipop. 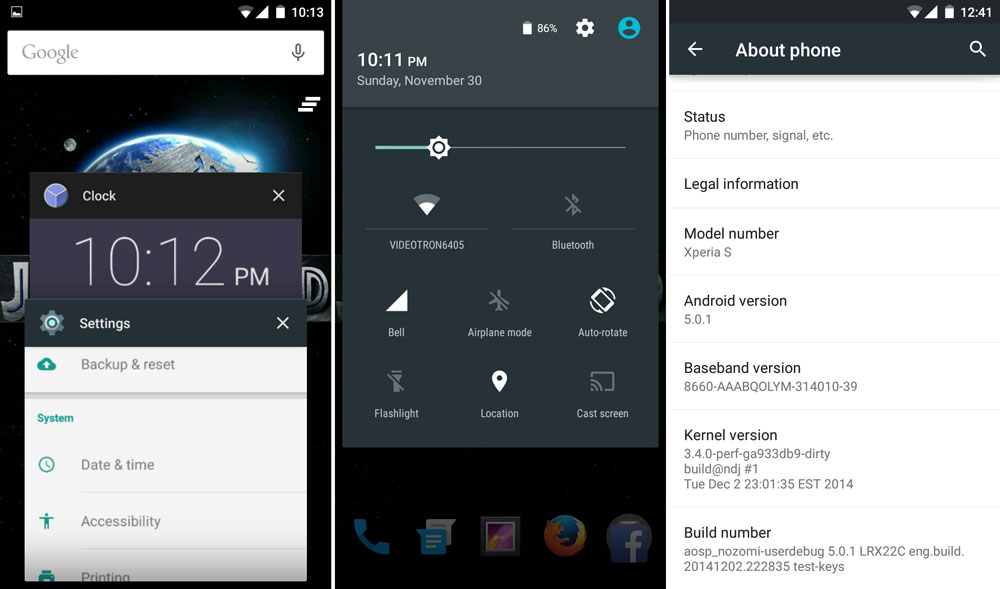 The Xperia S was Sony’s flagship phone of 2012. Even though it is more than two years old now, developers are still supporting and building new ROMs for it.

The ROM is called nAOSP or Near AOSP which provides AOSP experience with a few extra options and features.

According to the change log, a lot of things are already working on this ROM such as FM Radio, GSM, WiFi, Bluetooth, GPS, camera and Superuser (root).

nAOSP ROM for the Sony Xperia S has some added features like clear all recent apps which makes it easier to close all apps at the same time and memory management improvements.

Once you install the ROM, reboot your phone and wait for the “Welcome Screen”. Enter all the required information. Enjoy Android 5.0 Lollipop on your Xperia S.

Other devices have also received Android 5.0 Lollipop ROMs like the Xperia Acro S and Xperia Ion.

Get Android 5.0 Lollipop on LG G3 with AndroidNow HD ROM