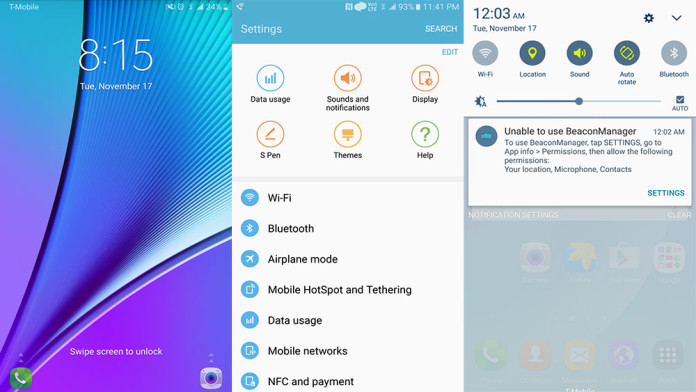 Since then, developers were able to create a system dump of the Android 6.0 Marshmallow firmware for the Galaxy Note 5 including a file called update.zip which could be flashed through recovery. However, developers have now gone as far as creating Odin-flashable .tar files so every Galaxy Note 5 owner can get a piece of Marshmallow based on TouchWiz.

The Note 5 Marshmallow update comes with new changes and improvements. The user interface has changed a bit with a new color scheme. Performance has improved and there is no lag while scrolling. Also, the phone asks you to grant permissions to various apps.

If you have a Samsung Galaxy Note 5 SM-N920T, you can go ahead and flash Android 6.0 Marshmallow (.tar.md5) using Odin.

How to flash Marshmallow firmware on Galaxy Note 5

Wait for Marshmallow to be installed on your Note 5 and then reboot your phone. If the phone gets stuck at the boot animation part, go to recovery and wipe data and cache.

Download & Flash Stock Firmware on the Samsung Galaxy A22