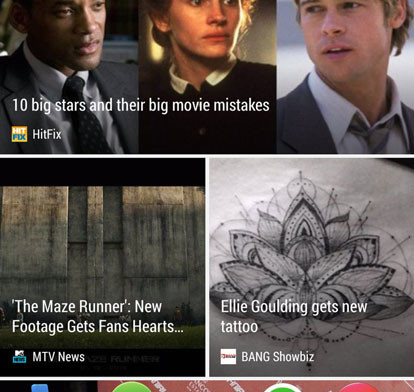 Download and install fully working HTC Sense 6.0 Blinkfeed launcher on your Nexus 5. The Nexus 5, like all other Nexus devices, has stock launcher from Google. It is clean, simple and most importantly, it is fast. This is something that a lot of people appreciate, especially if they are coming from a heavy bloated launcher such as Touchwiz and maybe even Sense, though not as bloated as Samsung’s launcher.

Even though many people like the clean and simple look of stock Google launcher, many others are used with HTC Sense Blinkfeed launcher and simply cannot go back. Stock launcher is by no means bad, but it just doesn’t have all those features and options that other launchers have. 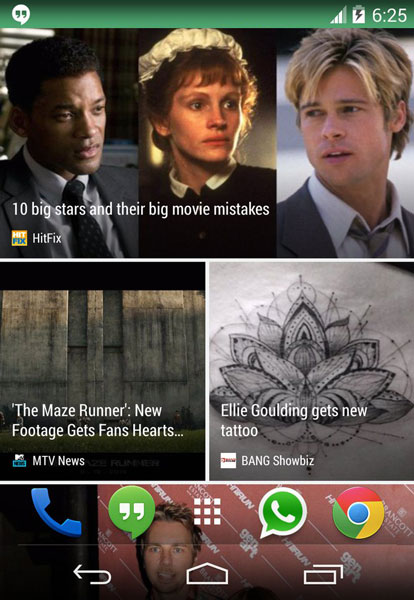 Fortunately, if you want HTC’s latest  and greatest launcher on your Nexus 5, you can get it. HTC didn’t make Sense 6.0 very source closed so many features and applications could be easily ported to Nexus 5, such as Sense 6.0 ROM. If you don’t want the whole package, you can install only the launcher.

HTC Sense Blinkfeed launcher has three applications that need to be installed: System Framework, weather, Twitter and the launcher itself. Install them as normal apps. Make sure that launcher is the last app to be installed. Reboot your phone in order for the framework to be completely activated.

Choose blinkfeed launcher, swipe to the left and select all the topics you want to be displayed on Blinkfeed. That is it. Now you are fully set with the new launcher. Download all applications for the launcher here.