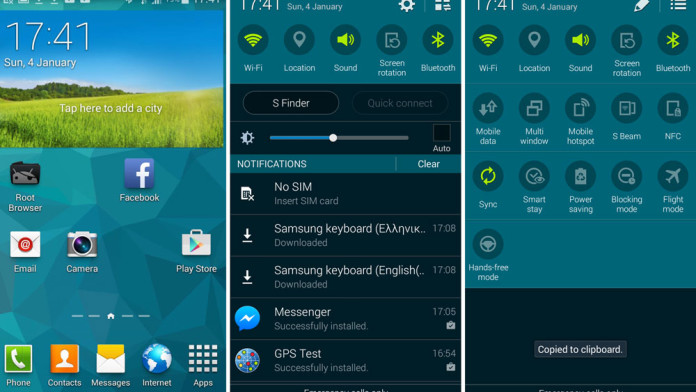 The Samsung Galaxy S3 Neo is the device that the original S3 should have always been in the first place. Even though they are almost the same, there are a few differences that gives the S3 Neo a huge advantage. The Samsung Galaxy S3 Neo is very familiar in the specs department. It has the same 4.8″ HD Super AMOLED screen, 8 MP camera which can record 1080p videos and a 2100 mAh battery.

It also introduces the Snapdragon 400 chipset with four 1.4 GHz Cortex-A7 cores, Adreno 305 GPU and 1.5 GB RAM. The fact that this device has 0.5 GB of RAM more than the original S3 GT-I9300, made it possible for Samsung to roll out the official Android 4.4 KitKat Touchwiz update.

That was a historic moment for all S3 Neo users but now that moment is long gone. Everyone is focused on the latest devices from Samsung such as the Galaxy S5. Now that they are already enjoying 4.4 KitKat, users are searching for methods to make their devices to look like the Samsung Galaxy S5.

And they have managed to do so. Well, not the regular users but developers. “T-Shock”, a member from the XDA forums has created a ROM which aims to bring an experience as close as possible to the Samsung Galaxy S5. It features the full theme and UI of the Galaxy S5. It has everything, starting with the blue notification drawer, icons, toggles, Touchwiz launcher and weather widget.

As with every other custom ROM installation, you do not many things if you have already done something similar in the past. You only need the Galaxy S5 theme ROM as a custom recovery which will be used to flash it.

You have just flashed the ROM which will turn your Galaxy S3 Neo into a Galaxy S5. Enjoy.