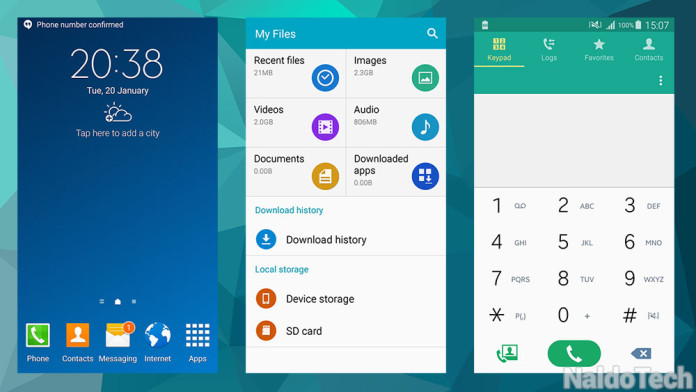 After many months of waiting, Samsung finally decided to roll out the official Android 5.0 Lollipop update to all Galaxy S4 variants, Exynos and Snapdragon. At first, Galaxy S4 owners were happy because they finally got the chance to enjoy the beauty of Lollipop.

The performance was improved thanks to the new runtime system, battery lasted longer thanks to a better power saving mode and the overall experience was smoother. But after a few days of using it, users finally realized that this Lollipop firmware wasn’t the update they were expecting. The user interface was basically the same.

But of course, those apps are still in development and contain a few bugs that can occur from time to time. If you aren’t ready to install those apps just yet, a better idea is to install Galaxy S5 apps. They are much more stable and do not have any major bugs.

The most wanted and requested app from the Galaxy S5 is the launcher with magazine support. To install it, you only need to have root access and a file explorer with root permissions.

There are a lot more apps that you can install including Galaxy S5 Lollipop Gallery, Message App, Dialer & Contacts, My Files and weather widget. Download the full pack here and follow the respective instructions to install them.