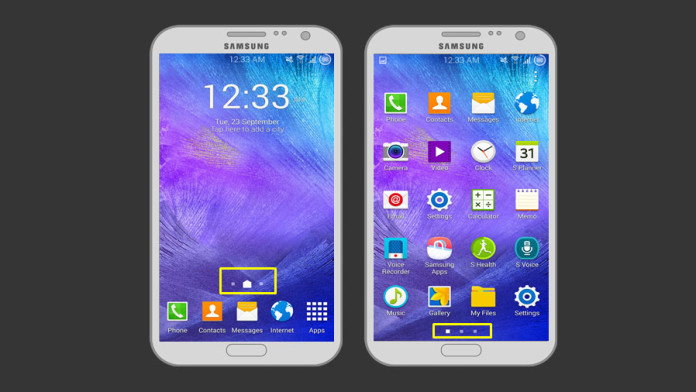 If you have a Samsung Galaxy S5, you can install the full Samsung Galaxy Note 4 theme. Since the official released of the Samsung phablet, developers have been trying hard to port applications, wallpapers and software features to other devices.

Until now, we have seen a lot of goodies getting ported to other Galaxy devices. You can already download and install the Galaxy Note 4 Accuweather weather widget, Ultra Power Saving Mode and the wallpaper pack.

For many people that is no enough. A developer from the Samsung Galaxy S5 community has created a launcher theme which resembles the Note 4 look and design. Installing the theme, weather widget, launcher and wallpapers, will turn your Galaxy S5 into a Galaxy Note 4.

As the developer and first users have reported, the launcher theme for the Samsung Galaxy S5 is fast, smooth and it works without any problems. It supports Themes Manager and adds all languages.

Once you reboot your phone, the Note 4 launcher theme will be installed. Now, the launcher of your Galaxy S5 will be similar to its bigger brother.