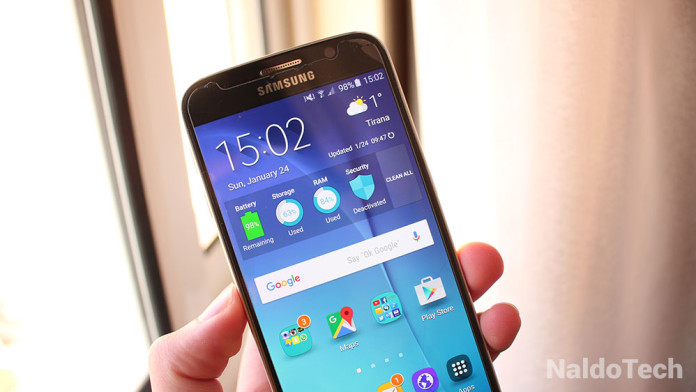 Everyone is still waiting for the official Marshmallow 6.0.1 update that Samsung announced that it would be releasing during January. Well we are into the last week of January and there is no update in sight.

However, this doesn’t mean that there aren’t any Marshmallow builds for the Samsung Galaxy S6. Samsung created a beta program where users could join and download a beta build of the firmware. Then developers took the firmware and modified it.

You don’t have to join the program to flash the firmware. If you have the Samsung Galaxy  S6 then you can install Marshmallow by flashing the tar.md5 file using Odin or alternatively, you can flash the same firmware turned into a flashable zip file.

To do so, you need to have a custom recovery to flash the ROM. Additionally, you can flash SuperSU to gain root access once you install the ROM.

How To Install Marshmallow ZIP ROM on Samsung Galaxy S6

This guides includes the process of installing TWRP, TouchWiz Marshmallow ROM and even the installation process of SuperSU so you can have root once the ROM is installed.

SourceManh_IT
Previous article$50 off! Moto X 2nd Gen down to $249.99 for a limited time on Amazon
Next articleCyanogenMod 13 Marshmallow ROM for Galaxy E5 E500H (Download & Install)