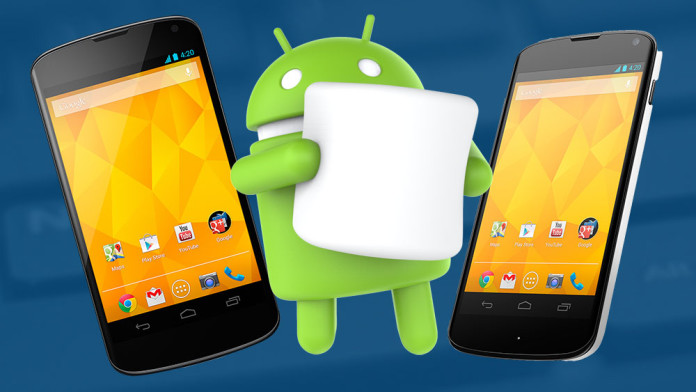 CyanogenMod 13 is a custom ROM based on Android 6.0 Marshmallow. It is available for many devices, now including Nexus 4 E960 (mako). Compared to a stock Marshmallow firmware, CyanogenMod 13 has more features, applications and the performance is improved thanks to under-the-hood tweaks and optimizations.

If you want to update your phone to Android 6.0, you need to download the CM13 ROM and Google Apps and flash them using a custom recovery. You can download all the necessary files below.

1. Download the latest version of TWRP recovery and install it on your phone following the guide provided on the download link.

2. Then download the ROM and Google Apps and move both files to the internal storage of your Nexus 4.

3. Turn the phone off and boot into TWRP recovery.

4. While in recovery mode, make a full Nandroid backup and then wipe data and perform a factory reset.

6. Once you have flashed the ROM, install Google Apps.

Now that you have installed both files you can restart your phone. That is all you need to do. Your Nexus 4 is now running on a nightly build of CyanogenMod 13.