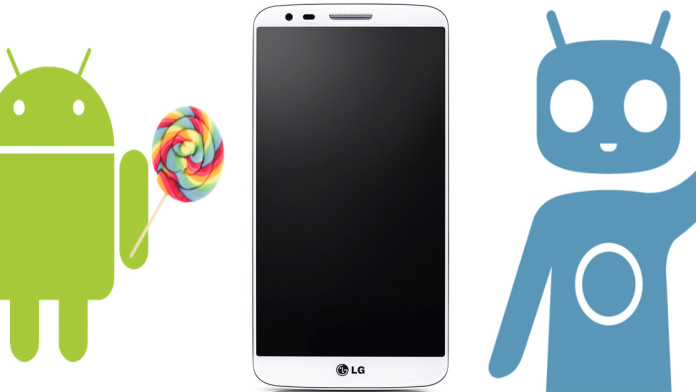 The LG G2 was LG’s first attempt to create an Android smartphone that was never seen before. It has some of the best specifications for a mobile phone like Snapdragon 800 processor, 13 MP camera, 2 GB RAM, 3000 mAh battery, Full HD 1080p LCD screen and Android 4.4.2 Jelly Bean.

When LG introduced the G2, it came with Android 4.2.2 Jelly Bean. Eventually, LG updated the phone to 4.3 and then to Android 4.4.2 KitKat. A few weeks ago, LG announced that it is going to release the official 5.0 Lollipop update for the LG G2 and LG G3 within two months.

This is a huge surprise because LG is known to delay software updates. In some cases, LG hasn’t even released a single update for many phones. And this gave the company a bad reputation for not supporting its devices.

While you are waiting for the official Lollipop update from LG, developers have managed to port CyanogenMod 12 ROM to the LG G2,

The CM12 ROM is unofficial, which means it is created by independent developers. This also means that the ROM is by no means stable and has a lot of bugs that haven’t been fixed yet.

Most important features are working like camera, WiFi, NFC, screen, display, Google Apps, audio and sensors. But there are a few things that are not working like camera video recording, CyanogenMod features, 3G/4G LTE mobile data and GPS.

CyanogenMod 12 ROM is available for the entire LG G2 family and you can install it on the following devices:

Previous article
Get Android 5.0 Lollipop on LG G3 with CyanogenMod 12
Next article
How To Debrand Galaxy Note 4 and Remove Carrier Logos