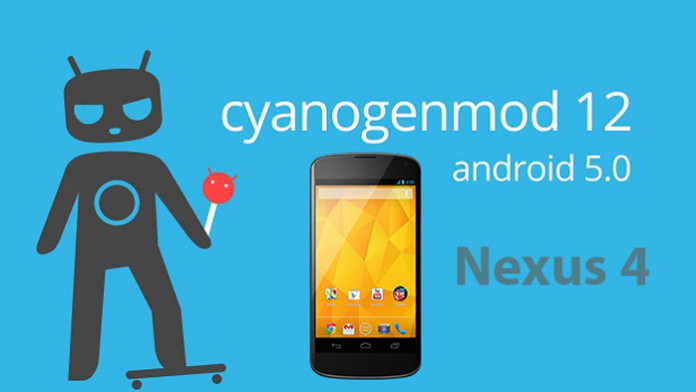 The Nexus 4 was and still is a great phone. It was the first smartphone which tried to bring high quality materials coupled with good specs and great display. The Nexus 4 is made of glass on the back and the front while sides are high quality plastic.

CyanogenMod 12 is the most popular custom ROM for Android devices. Hundreds of phones are supported, including the Nexus 4. CM12 is based on Android 5.0 Lollipop and you might ask why install CyanogenMod 12 when the phone already has the official version of Android. 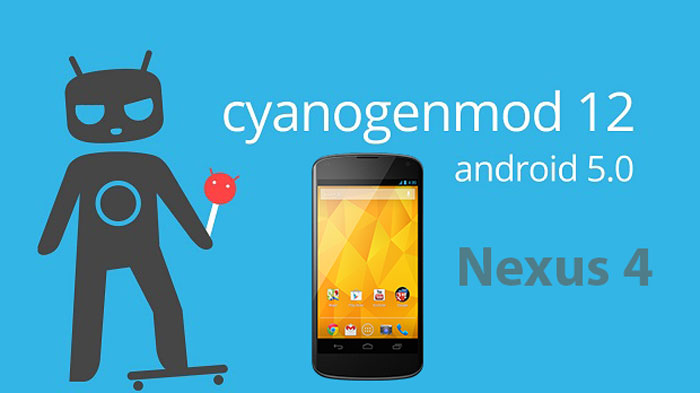 The answer is very simple. CyanogenMod 12 for the Nexus 4 has many features, tweaks and optimizations that stock Android doesn’t have.

This is the main reason why Nexus users choose CyanogenMod over stock Android firmware. It is full of features that enhance the user experience by adding options which allow users to customize the firmware.

The CyanogenMod 12 ROM for the Nexus 4, as for every other device, is not unofficial yet. It contains some bugs here and there but the fact that the Lollipop firmware for the phone is already out has helped a lot to fix major bugs.

Also Read: How to dual boot Custom ROMs on Nexus 4

Once you flash both files, reboot your phone. Go through the installation process and you are ready to experience CyanogenMod 12 on your Nexus 4. Also, on the source link you can download Journal script which will make the phone smoother and faster.