Install Android 7.0 Nougat ROM on OnePlus One With Gapps (AOSP) 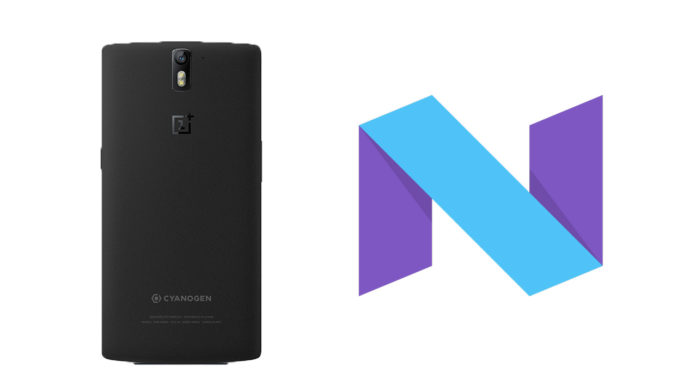 OnePlus One was the first device that the Chinese smartphone manufacturer released back in April 2014. It was considered as the “flagship killer” for having similar specs to other flagships as well as a much lower price tag. It was the smartphone that everyone wanted. It was hard to get, since you couldn’t buy one without an invitation, and invitations weren’t the easiest thing to get.

When the phone was released in 2014, it had Android 4.4.4 KitKat pre-installed. Since then, the phone has received frequent software updates from the company and now it enjoys Marshmallow, which was the latest version of Android until Nougat showed up. Now, you can install Nougat on your OnePlus One.

While you can update your OnePlus One to Android 7.0 Nougat, this is not an official update from the OEM. It is a custom AOSP ROM created by a senior member (updateing). The ROM is still experimental which means there are bugs and problems which haven’t been fixed.

How To Update OnePlus One to Android 7.0 Nougat With Custom ROM

This is by no means a stable ROM. It is an experimental build created to give all OnePlus One users the chance to test the all new Android 7.0 Nougat experience. We don’t recommend using this ROM as a daily driver as it is highly buggy.

That is all. Enjoy Android 7.0 Nougat through a custom AOSP ROM on your OnePlus One.