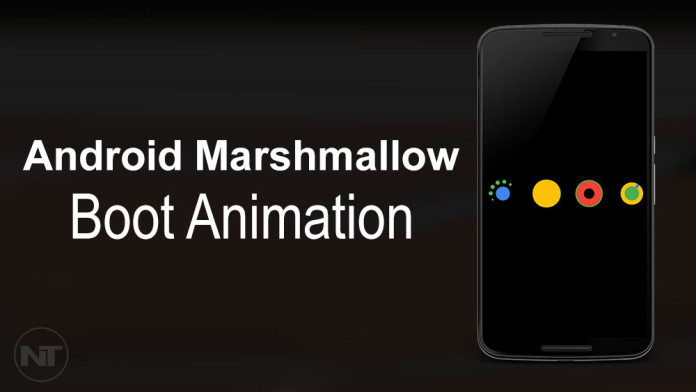 Android 6.0 Marshmallow boot animation is quite different from Lollipop. At first, there are four colored circles – green, red, blue and yellow, which represent Google colors. Then these four dots create a beautiful animation and end up displaying the ‘Android’ text.

In order to successfully flash Android 6.0 Marshmallow boot animation, your phone needs to have a ROM which supports addon.d scripts. It works on stock Android ROMs like CyanogenMod. Do not try flashing it on Samsung TouchWiz or HTC Sense ROMs.