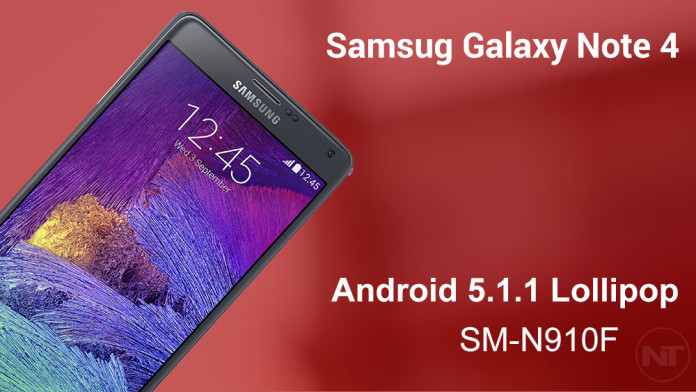 Samsung is on an update roll lately. The tech giant is releasing Android 5.1.1 Lollipop update fo majority of Samsung Galaxy Note 4 variants. Just yesterday, we covered the official Android 5.1.1 update for the SM-N910C variant of the Galaxy Note 4.

Now, Samsung is rolling the update out to the most popular variant among all with model number SM-N910F. Even though the Samsung Galaxy Note 4 is no longer a flagship, Samsung has not forgotten about it and will continue to maintain it with future updates. The Android 5.1.1 Lollipop firmware update for the SM-N910F has been spotted in Sweden, where a few people living in Sweden have gotten the OTA notification for Android 5.1.1.

According to these users, the update has come in the form of OTA as well as through KIES, Samsung’s own updating PC software. The build number of the firmware is N910FXXU1COH4. If you have gotten the OTA notification about the update, make sure to have at least 1.8GB of free storage, otherwise you need to use KIES.

Also, on a recently published list, Samsung will update a number of Galaxy devices to Android 6.0 Marshmallow, and the Samsung Galaxy Note 4 made it into the list, so Android 5.1.1 won’t be the last firmware update for the popular phablet.