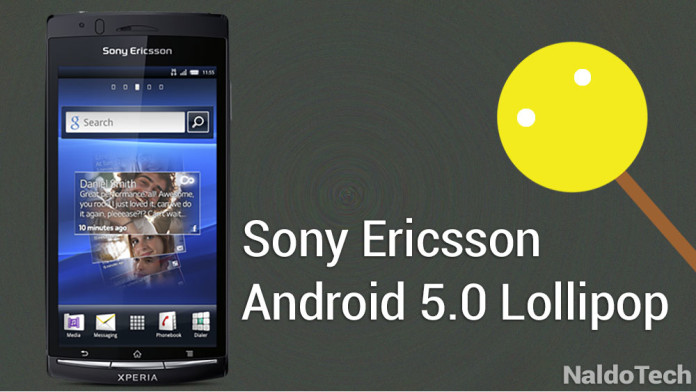 Google’s latest release, Android 5.0 Lollipop is the best OS version that the tech giant has ever created. It has made users very excited and many have found various ways to install the update on their devices. Some users were fortunate to receive official updates. Those who didn’t have the chance to get official support from OEMs have been able to enjoy Lollipop through custom ROMs.

Even though there are plenty of ways to get Lollipop on Android devices, the adoption rate of the latest masterpiece has been rather slow, where only 3.3% of active devices have adopted it. The main reason for the slow adoption rate of Lollipop is the dropped support for old devices. Only smartphones released on 2013 and later have had the privilege to enjoy official updates.

Devices released on 2012 and 2011, haven’t had this kind of privilege, especially Sony Ericsson Xperia devices. A huge amount of Xperia devices are stuck on older variants of Android like Xperia Neo, Arc and more. This is the old generation of Sony phones and most of them are stuck on ICS or Jelly Bean.

Fortunately, a recognized developer known as “mikegapinski” has brought 2011 Xperia devices to life, bringing to them the popular LegacyXperiaAOSP ROM. This is a ROM based on stock Android 5.0 Lollipop. It is a pure AOSP build with AOSP code and applications.

How To Install Android 5.0 Lollipop ROM on 2011 Xperia Devices

The ROM supports a huge number of Sony devices released in 2011. Back then, Sony was in a partnership with Ericsson, hence the name Sony Ericsson.

You might consider this as a normal ROM but a lot of effort has gone into this ROM. The system partition had to be expanded in order to fit the Lollipop firmware.

You need to have flashed the full stock ICS 4.1.B.0.587 FTF file at a certain moment in the past.

You need 2 GB of secondary ext4 partition on a fast Class 10 card.

That is it. Enjoy Lollipop on your Sony Ericsson devices. Have you encountered any problems? If you have any questions, ask the developer on the source link.