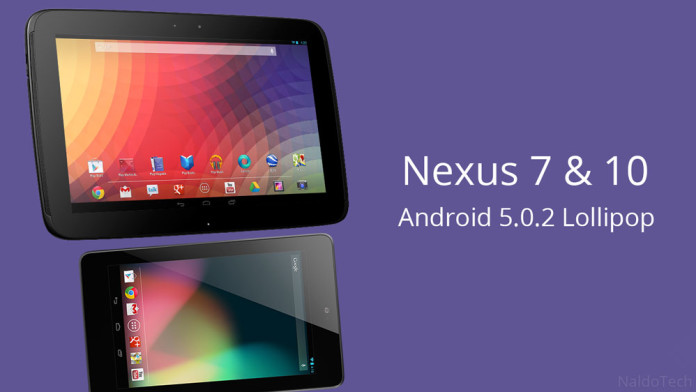 Google keeps amazing us with all the software updates that it is releasing not only for flagship devices but even old gadgets like the Nexus 7 and Nexus 10 launched in 2012. There have been a wide variety of Nexus devices throughout the years.

We have seen the Samsung Galaxy Nexus, Nexus 4, 5, 6, 7, 9 and 10. As you can see, Google is almost running out of numbers to name all the devices that it releases. The Nexus 10 was a successful attempt of Google to get into the tablet market. Having a high-resolution 10″ screen and a powerful chipset for that time, the Nexus 10 was one of the best tablets back then.

Unfortunately, Google didn’t announce the successor of the Nexus 10 but instead launched another variant of the Nexus 7 and a smaller 9″ version. If you are one of the original Nexus 7 and nexus 10 users, devices that were announced in 2012, we have the honour to say that Google has released Android 5.0.2 Lollipop factory images. 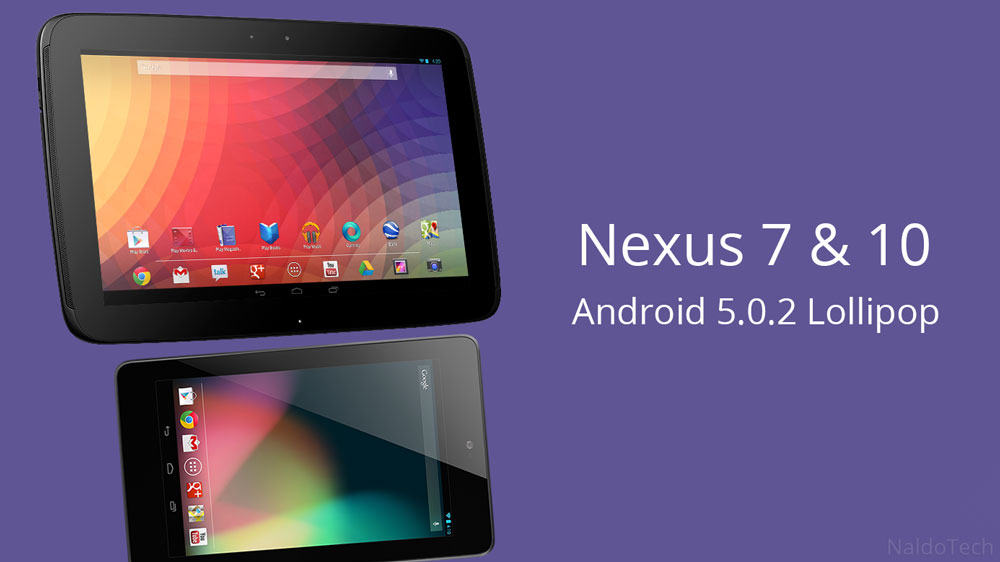 Android 5.0.2 is the second update of Lollipop, following the first 5.0.1 update. Unlike the original Android 5.0 update which introduced a brand new design language called Material and performance improvements, Android 5.0.2 is a minor update which fixes a few serious bugs, the most important one being half storage and low memory issue.

Google has released the official Android 5.0.2 Lollipop factory images for its old devices, the Nexus 7 and Nexus 10 (2012) variants. Every time Google releases a new software update for its devices, it rolls it out as OTA for normal users and in the form of factory images for those who cannot wait for OTA to hit their devices.

So, if you can’t wait to enjoy Android 5.0.2 on your Nexus 7 and Nexus 10 and get some serious problems fixed, follow the guide below.

Before flashing the factory image, you need to make sure that your bootloader is unlocked.