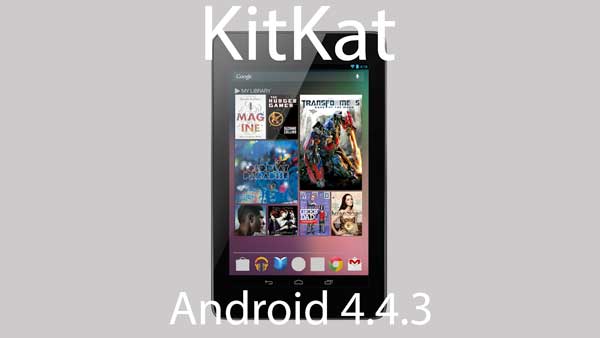 A lot of Nexus devices have already received the latest and greatest version of Android 4.4.3 KitKat. The update is available to almost every Nexus device including the Nexus 5 and Nexus 7 (2013), Moto devices like the Moto X and Moto G and Google Play Edition handsets like the Galaxy S4 and HTC One.

However, there is still no worldwide OTA update for the Nexus 7 (2012) variant. The update is actually available but it hasn’t spread on many countries and the rollout process is very slow. You should go to Settings > About Phone and check for a software update.  If your region is eligible for the update, the new version will download and automatically install.

Download the latest Android 4.4.3 KitKat update file for the Nexus 7 (2012) here. To install it, your tablet must be stock. It can be rooted but it shouldn’t have a custom ROM flashed otherwise you updating process will fail. If so, put the update file on your phone and flash it through Recovery like you would flash a normal custom ROM. Enjoy the new version of Android.