HTC One Mini 2 Is Out – Better Camera Than The M8

The HTC One Mini 2 has just been announced and it has more than decent specs. The little brother of the HTC One (M8) has been leaked many times before going official and some of the rumors have gotten true. The HTC One Mini 2 has a smaller screen measuring at 4.5″. The display is HD 720p and it offers sharp and detailed images. (The same PPI as Retina displays).

It is 1mm thicker than the One (M8) but the curved design helps it not to be  noticed. As far as the processing power is concerned, the Mini 2 has the Snapdragon 400 processor clocked at 1.2 GHz and 1 GB of RAM. These specifications are fairly decent considering it is a mid end device. 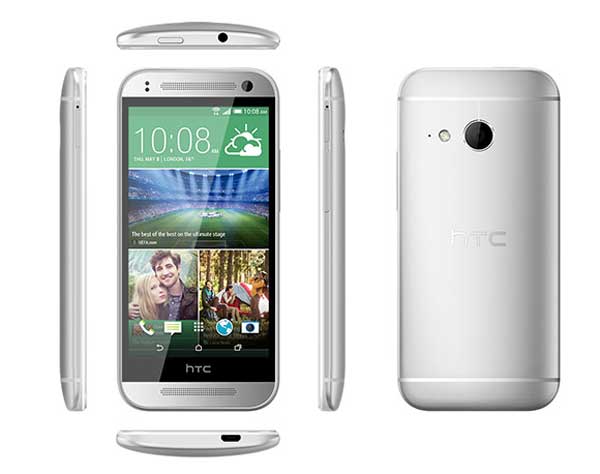 One of the best thing about the HTC One Mini 2 is the camera. It has a single rear facing camera unlike the M8 which has two. But the great thing is that it has a 13MP sensor. Apparently, HTC decided not to continue the UltraPixel campaign on the Mini. A 13MP camera means sharp, high quality and very detailed photos.

As usual, the BoomSound speakers are not missing either. Of course, they are one of the biggest selling point of these devices. Also, it has all the usual stuff you see in a smart phone, MicroSD card slot, Bluetooth and GPS support. Unfortunately, the battery is not very big. The Mini 2 has a 2100 mAh battery which should last a whole day.