How To Watch iPhone 6 Launch Livestream on Android & Windows Devices 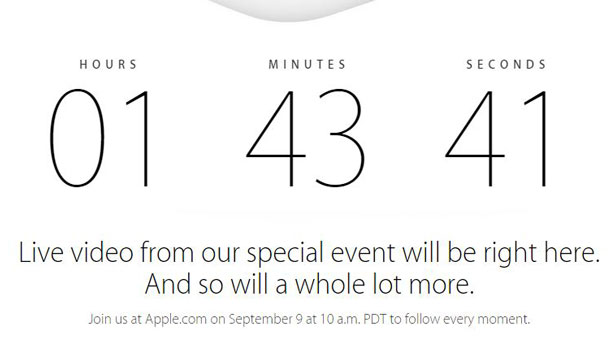 How to watch the entire full Apple iPhone 6 announcement event livestream on every device including Android smartphones and Windows computers. The iPhone 6 will be launched in just a few hours and it will be the best iPhone ever created. Everyone knows the official specifications of the phone by now.

It will have a 4.7″ display, latest A8 chip processor, new rounded design and of course, iOS 8. Everyone can watch the livestream directly from the official Apple page. However, only those who have an Apple device like an iPhone, MAC and which are running on iOS and MAC OS X can watch the event live.

The popular live streaming site called USTREAM will stream the official iPhone 6 launch event. The good thing is that unlike Apple’s site, everyone can tune in and watch the livestream including Android, Windows, Linux, Symbian devices. Basically, every device that has internet connection. You can watch the launch event on the video above.

Apple is also expected to release a bigger iPhone 6 variant with a 5.7″ display and better battery life. There have been rumors that the famous iWatch will finally get announced but that has to be seen.