How To Run & Execute Init.D Scripts Android No Root 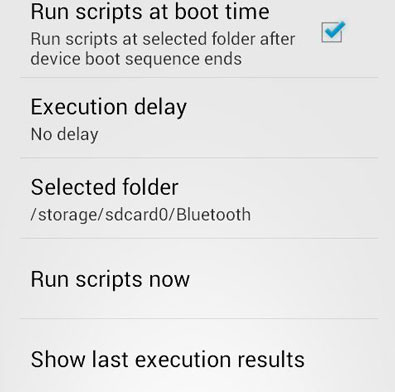 How to run and execute Init.d scripts on Android devices without root access. Init.d is a very important file of Android operating system which executes and activates different scripts found on the phone. It is very useful because you can simply create a script you want and the Init.d file will activate it on the next boot.

Many users do not want to root their devices for various reasons like warranty void. Recently, a new app has been launched which allows you to activate Init.d scripts without rooting and installing custom kernels on your Android smartphone. 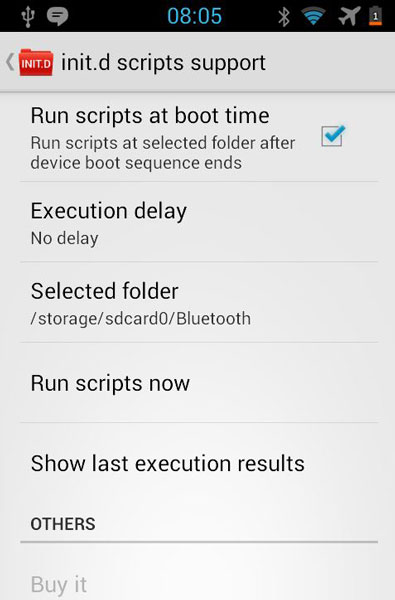 The app called init.d scripts support is very simple to use. You need to create a folder on your Android phone. The folder can be in the internal or external memory. Inside the folder should be located all the scripts you want to activate or execute.

Once you have moved all the scripts you want to run, simply reboot your phone. All the scripts will run on the next boot. If you are rooted, all scripts can be executed by allowing root permission access. But non rooted devices can also run the scripts without any problem.

But there are some scripts that always require root access. While most of the scripts will run fine, scripts that change the frequency of the processor and graphics card need root permission. Download the app here.