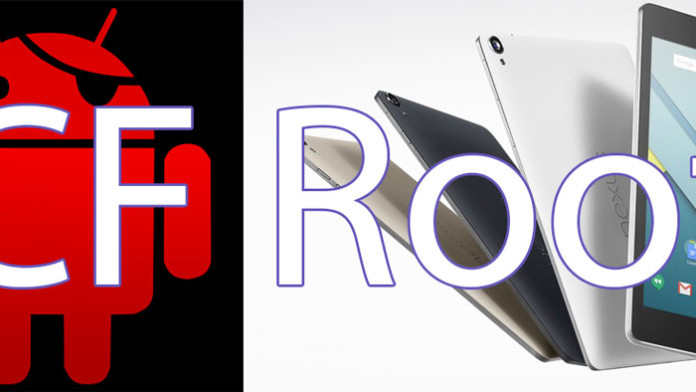 How to root the HTC Nexus 9 tablet from Google. The Nexus 9 is the latest tablet with flagship specifications and high-resolution display. Google announced the Nexus 9 along the Nexus 6 phablet.

It has a QHD IPS LCD screen with resolution of 1536 x 2048 pixels which leads to a pixel density of 281 pixels per inch. Not the highest resolution screen on the market but it is great nonetheless.

Other specifications include the rare Tegra K1 chipset with the incredibly powerful Kepler DX1 GPU, 2 GB RAM, 8 MP main camera and 1.6 MP front camera and long-lasting 6,700 mAh battery which turned out to be better than the iPad Air 2 and Samsung Galaxy Note Pro.

One good thing to hear is that Chainfire has managed to root the Android 5.0 Lollipop firmware using CF Root, the method that has rooted many devices such as the Galaxy S5, Galaxy S4, Galaxy S3 and more.

This method permanently roots the Nexus 9 and uses a custom version of SuperSU v2.18. Once the device is rooted, it has all the capabilities of accessing the root folder of the OS. You can use applications that require root access like backup apps and different mods and themes.

Congratulations. You have successfully rooted the HTC Nexus 9. Now you can install applications that require root access.