How To Root HTC One M9 & Install SuperSU 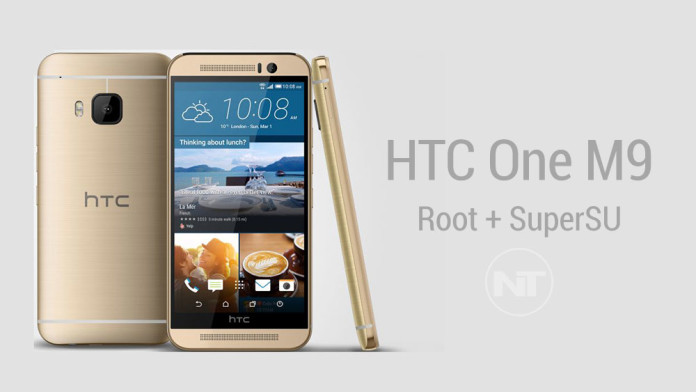 The HTC One M9 is the latest toy from HTC. The company took everything that was great on the HTC One M8 and made them better. The One M9 comes with better and faster processor, louder front-facing BoomSound speakers, 20.7 MP main and 5 MP front camera, 3 GB RAM and a juicy 2840 mAh battery.

You can already unlock the bootloader and install TWRP custom recovery on the HTC One M9. With a custom recovery you can customize your phone by installing themes and various mods. But the main thing that you have to do in order to reach the full potential of the HTC One M9 is to root it.

Luckily, rooting the HTC One M9 and installing the famous SuperSU app is not difficult. It is easier than unlocking the bootloader. Here’s how to root your device.

How To Root And Install SuperSU on HTC One M9

The process of rooting the HTC One M9 requires an unlocked bootloader, TWRP custom recovery and the popular SuperSU zip file from the well-known developer ChainFire.

Reboot the phone and go to the app drawer. You will find an application called SuperSU. You have successfully rooted your HTC One M9.