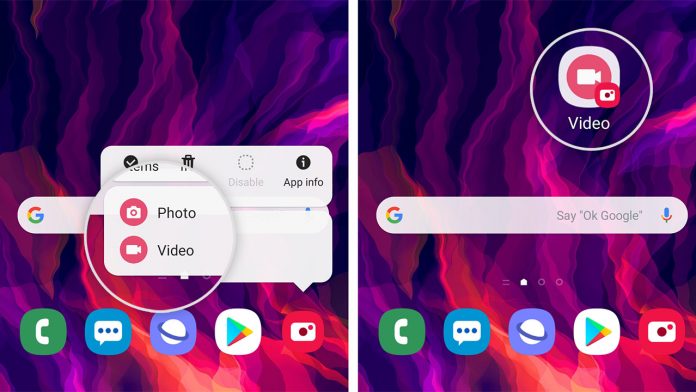 If you do not like the new camera modes on the Android 9.0 Pie One UI firmware from Samsung, then there is an easy way to bypass the stock camera app and directly start recording videos.

Samsung has done a good job with the Android 9.0 Pie update for its Galaxy phones. The new firmware brings the long-awaited One UI skin. It changes the way users interact with their phones and focuses on one-handed usability. There are many changes under-the-hood which improve the performance of the phone, and there are graphical changes that have split users into two groups. 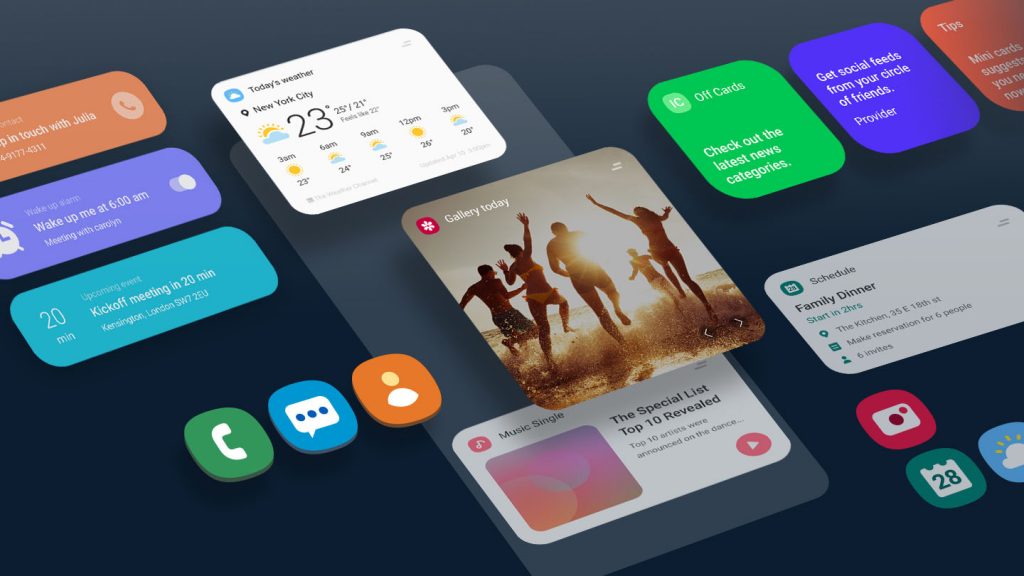 One of the changes that One UI brought is the redesigned camera app. It introduces different camera modes for photos, videos, panorama and more. You have to swipe through various modes before you can enable the mode you want. This is very similar to the camera apps found on the iPhone and Google Pixel devices.

Before the update, Samsung users were able to take a picture or record a video from the same camera mode. There was a photo shutter button right on the middle of the screen, and another shutter button on the side dedicated to video recording. This allowed users to quickly decide between taking a photo or starting a video recording.

With the new update, it takes a considerably longer time to start a video recording. Users have to wait for the camera app to load, then swipe to enable video recording mode, press the shutter button, and only then start recording. This has caused some discontent among users who have been looking for a solution to this. Samsung doesn’t look like will revert the change but luckily, there is a trick that solves this issue.

There is a simple way to bypass the default camera mode and jump straight into the video recording mode. The solution is possible thanks to Android’s app shortcuts feature. This feature allows users to launch different functions within an app directly from the home screen through the use of shortcuts. 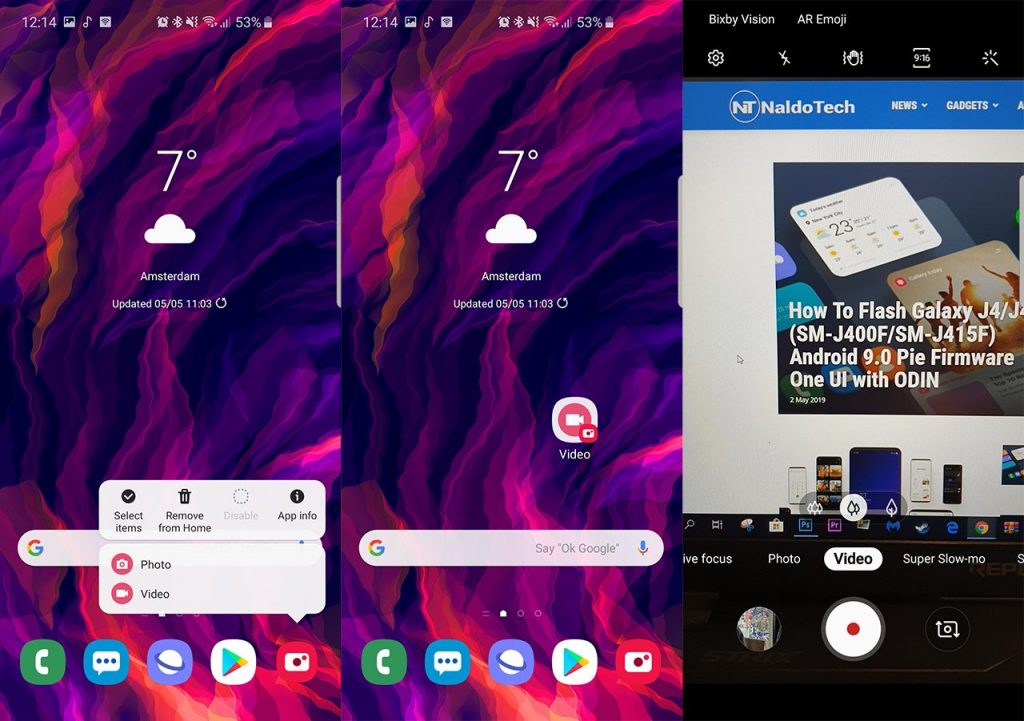 For example, through the App Shortcuts feature, you can add a shortcut from the Browser app which lets you search the web or create a new secret tab. In our case, we need to create a shortcut for the Camera app which will allow us to quickly start a video recording.

This is how to quickly start recording videos on all Samsung phones running on Android 9.0 Pie One UI update. The following trick can be used on devices such as the Galaxy S10, S9, S8, Note 9, Note 8, J4, J6 and all other phones with the new camera update.