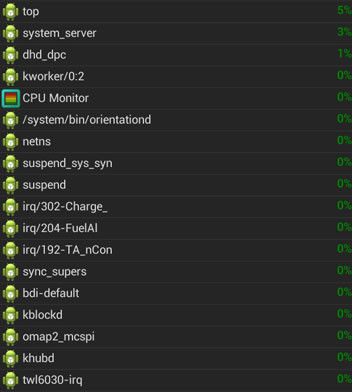 How to monitor service CPU usage on Android devices like Task Manager. Android is the most popular operating system for smartphones. It used on many smartphones including cheap budgets phones and obviously, super fast flagship devices from the biggest phone manufacturers in the world.

Android is a great operating system with a lot of features, options and it completely customizable. This is the reason why Android is so popular and it is used on millions of phones. Since Android is open source, any phone manufacturer can use it. This feature is important for users because it allows them to customize, flash kernels, mods and custom ROMs on their smartphones to make them better.

Because Android is used by millions of people, the software development is increasing everyday. New applications and games get released daily for users. According to a study made on the USA, a user installs on average 50 programs and games. 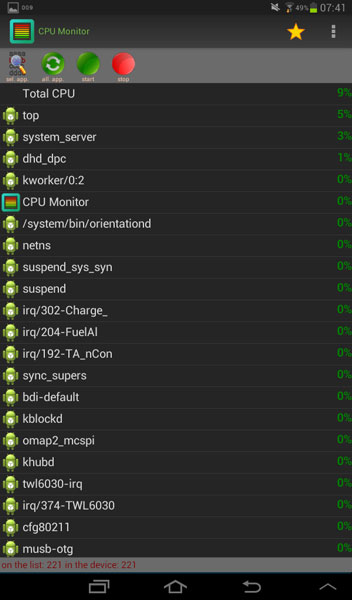 All these applications are surely useful for productivity and entertaining but they also drain a lot of battery and use a lot of CPU power, especially if they are not managed correctly. Current flagship Android devices have huge batteries which give amazing battery life. But sometimes they can experience battery problems and then they don’t last for more than one day.

The main reason for this are applications. Applications can use a lot of battery when they are active and even when they are running on the background.  On Windows there is a program called Task Manager which shows the CPU usage and how much processing power every program is using.

You can do the same thing on Android devices. You can check how much battery and CPU usage is being used from all the installed applications on your Android phone. The app called CPU Monitor allows you to monitor every application on your phone.

You can see what percentage of the processor a specific service is using in real time. It is a great tool to find out which application is slowing down your phone. Download CPU monitor here.