Finally the official build of Android 5.0 Lollipop is finally here and can be installed on all supported devices. At the moment, the update is available only on the Google Nexus 5, Nexus 7 (2013) variant and of course, Nexus 6 and Nexus 9 which come with Lollipop out of the box. Android 5.0 Lollipop is the biggest Android update and many people are very excited about it.

It comes with a totally new redesigned user interface with Material design. Everything that you can think of it’s different. Immediately when you unlock the phone you notice that there is a new lock screen effect, new recent menu design which has Google now navigation bar on top. Another huge improvement is the notification bar.

There are interactive notifications which can be accessed directly without having to go to the notification drawer. And the new Material design makes everything look beautiful and premium, thanks to the new color scheme. Also, the new introduced animations make everything look beautiful and intuitive. Google released three beta previews of Android 5.0 Lollipop named as Developer Preview. 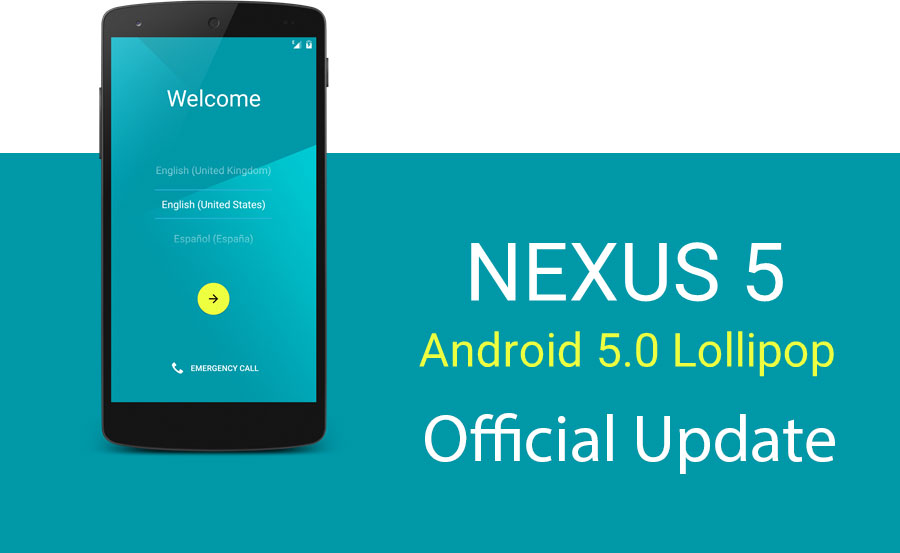 The first build was very unstable with many bugs and issues. The second build simply added support for a few Google applications. The third update confirmed the Lollipop name and also the addicting Flappy Bird Easter Egg. This build was very stable and many power users used it as a daily driver because there were no major bugs. And now, Google has finally launched the official and stable Android 5.0 Lollipop for the following devices:

The update is already available for the Nexus 5 and Nexus 7 while the Nexus 4 will receive it in the following days. If you have a device that supports Lollipop, here’s how to update it.

Wait for the update to download and install. Once it is installed, the first boot will take a few minutes because apps need to be optimized for ART runtime system. Enjoy Android 5.0 Lollipop on your phone.