How To Get OnePlus Two Invites (Sign Up & Contest) 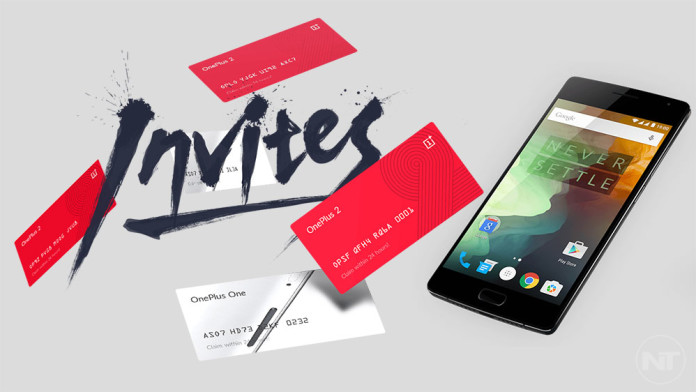 OnePlus just announced the successor of OnePlus One, the OnePlus Two. It comes with improved specs, again at a lower price point than the competition. It has a 5.5-inch IPS LCD with resolution of 1920×1080 pixels, Snapdragon 810 octa-core with Adreno 430 GPU, 16GB or 64GB eMMc v5.0 memory storage, 3GB or 4GB LPDDR4 RAM, 13MP main camera with dual-LED flash which can record 4K videos and slow motion videos at 720p 120fps, 5MP front camera, and 3300 mAh non-removable battery. Unlike its predecessor, the OnePlus Two comes with Android 5.1 OxygenOS ROM instead of CyanogenMod.

Unfortunately, OnePlus implemented the same invite system as with the OnePlus One, so if you want to buy your own OnePlus Two, you need to grab an invite as soon as possible. Costing $329 for the 16GB variant and $389 for the 64GB variant, the OnePlus Two is an amazing opportunity to get a high-end device for a low price.

OnePlus has made it easier for users to receive invites. All invites are based on the stock of OnePlus Two. If the stock is big, OnePlus will be sending invites over time to all customers, so if one of your friends has already bought the OnePlus Two, keep asking if they have received any new invites.

If you do not have any friends who have bought the phone, subscribe to OnePlus’ newsletter and OnePlus forum because members will be giving new invites from time to time.

OnePlus has also implemented a reservation system. You can sign up for the reservation list and if there are extra reservations left, OnePlus will give one to you. Share your sign up link to your friends to get bumped up in the queue for higher chance of winning.