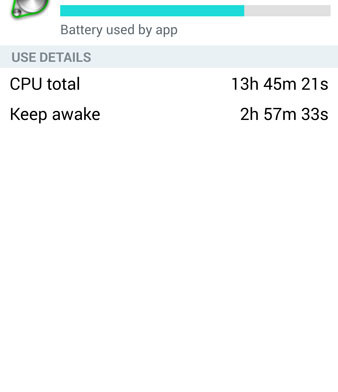 How to solve high CPU Usage issue on the LG G3. Manu users are reporting high CPU usage on their devices. Android OS is using the biggest amount of battery and when you click it, CPU Total time is very long. Usually, it shouldn’t be more than 1 hour because CPU Total tells you for how long the processor has been on the highest frequency.

The CPU stays on the highest frequency when you do intensive tasks such as playing games, using Split View feature and more. But if you don’t do any intensive tasks and Android OS is the biggest battery consumer, your LG G3 is experiencing unusual high CPU usage.

Even though you don’t use your phone intensively, the CPU works at its maximum frequency and its drains a lot of battery. You can easily notice it because your phone will drain battery quicker than usually and it will get very hot. 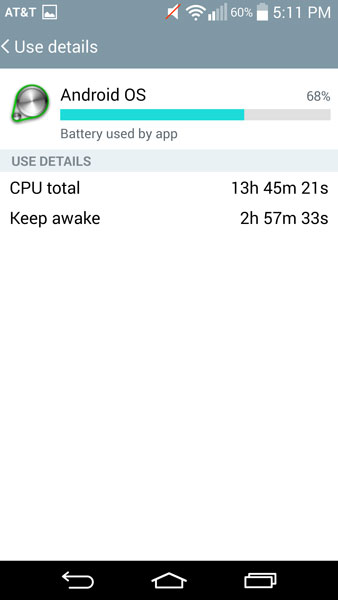 Read the guide how to fix LG G3 battery drain. To fix high CPU usage on your LG G3 you need to find out which apps are making the CPU to overload. To do this, download and install Greenify. See what applications are using a lot of processing power and either freeze or uninstall them.

Another thing you should do is to turn off every connectivity feature when you aren’t using them like WiFi, GPS, NFC and Bluetooth. If you have turned them on and aren’t using them, they will drain the battery because they are looking for networks to connect.