How To Fix LG G3 Bluetooth Has Stopped Problem 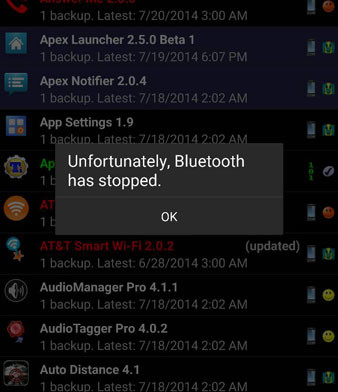 The new LG G3 is probably the best phone ever created by LG. It is the first phone to have a QHD display, beautiful premium design and Snapdragon 801 processor. The biggest concern with the LG G3 is the poor battery life. This device doesn’t have the biggest battery ever and with that huge 5.5″ screen, it doesn’t last for a long time.

But the battery life isn’t the only concern or problem of the LG G3. LG’s flagship device for this year also has build quality and performance issues. The latest problem reported by people using this device is “Battery Has Stopped” warning.

This problem has been reported only by a few users but apparently it is a serious problem. The good news is that this issue is software-related and not hardware-related. This means that once the bug gets discovered it will get easily fixed. 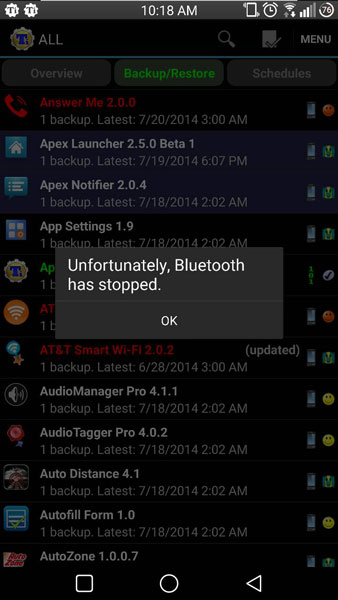 There are a few solutions to the Bluetooth has stopped problem on the LG G3.

The first thing an Android user does when he gets a new Android device is rooting and installing custom mods. While custom mods make your phone better and awesome, sometimes they can break it. If you have installed any Bluetooth mods on your LG G3, make sure to uninstall them and then reboot your phone.

Custom ROMs, even though they make the phone faster, improve the battery life and give you complete control over your phone, they aren’t perfect. Almost every custom ROM for every device has at least one small bug, no matter how stable it is.

If you think the Bluetooth problem is related to the custom ROM, perform a factory reset and then flash a stock firmware and see if the problem has been fixed.

One of the most popular reasons is the corrupted app. A corrupted Bluetooth app doesn’t work correctly and always force closes when you try to activate it. Go to Settings > Application Manager > Bluetooth and reset the app.