How To Fix Galaxy S5 Battery Back Cover Creaking Problem 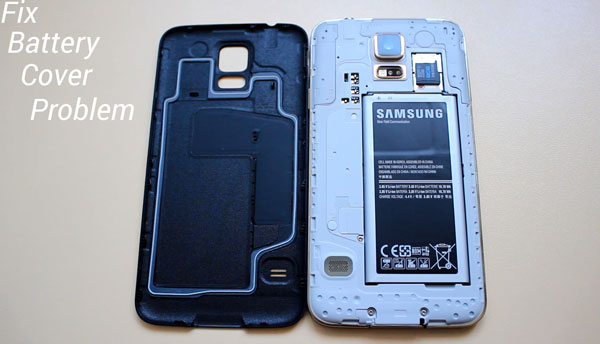 The problem is that many other users have reported a problem with their Galaxy S5 units. To be specific the problem consists with the battery back cover. Normally, the back cover of the Samsung Galaxy S5 doesn’t move or make creaky noises when light pressure is applied.

Also Read: How To Check For Fake Samsung Galaxy S5

The main reason why the back cover makes noises is because it is not properly aligned. It is simple to think that the entire back cover is snapped in correctly. Remove the back cover and try to put it back on correctly. Then check if there is any part of the cover which hasn’t  snapped in. If there is, simply press that part until it snaps in.

Another reason is the damaged “tooth”. Damaged “tooth” cannot correctly clip into the phone. This causes the annoying creaky sounds. Even if you press that part it won’t get fixed. You need to see in which direction the “tooth” has gone and try to move it back to its original position.